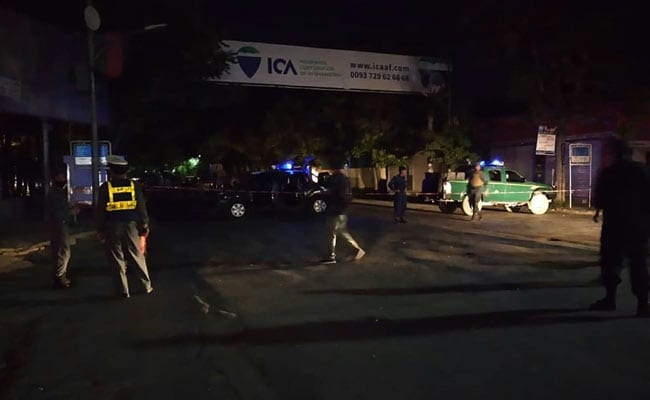 A well-known imam and a worshipper were killed in a prayer-time bombing at a popular mosque in Kabul’s fortified Green Zone on Tuesday, officials said.

The latest attack in the Afghan capital came after seven civilians were killed in the north of the country in a roadside bomb blast authorities blamed on the Taliban.

No group immediately claimed the evening explosion in central Kabul, which occurred at one of the city’s most famous places of worship.

The mosque is located at the main entrance to the Green Zone and is accessible from both inside and outside the tightly controlled area. Top leaders often go there to offer ceremonial prayers.

The mosque’s imam, Ayaz Niazi, was among those killed, Arian said. He was famous in Kabul and his politically charged sermons were often so well attended that worshippers would spill into the grounds outside the mosque.

Arian initially said the attack was conducted by a suicide bomber. But as investigations proceeded, it was not clear that remained the case.

The attack follows a Saturday bombing claimed by the Islamic State group against a television station’s minibus in central Kabul, killing a journalist and the driver.

It also comes after officials said seven civilians were killed late Monday by a roadside bomb linked to the Taliban in northern Afghanistan, even as authorities pressed for peace talks with the militants.

The blast struck a small truck in Kunduz province carrying a group of labourers in the volatile Khan Abad district.

Two of six others wounded in the Kunduz blast were in critical condition, district chief Hayatullah Amiri said.

Despite the recent bloodshed, violence across much of Afghanistan has dropped overall since May 24, when the Taliban announced a surprise three-day ceasefire to mark the Eid al-Fitr holiday.

Ghani had welcomed the Taliban ceasefire offer and authorities responded by announcing around 2,000 Taliban prisoners would be released in a “goodwill gesture” with a view to kickstarting peace talks.

Afghanistan’s former chief executive Abdullah Abdullah, who has been appointed to lead the talks, has said his team was ready to begin negotiations “at any moment”.

US Secretary of State Mike Pompeo held a video conference Monday with top officials in Kabul including Ghani and his first deputy Amrullah Saleh.

While Saleh highlighted the importance of the ongoing drop in violence and the need for holding on to a ceasefire, the two sides discussed the future steps needed to bring peace in Afghanistan, Ghani’s office said in a statement.

The issue of the release of Taliban prisoners and the venue for the intra-Afghan peace talks were discussed in particular, it said.

Violence had surged after the Taliban signed a landmark agreement with the United States in February, which paves the way for the withdrawal of all foreign forces by May next year.