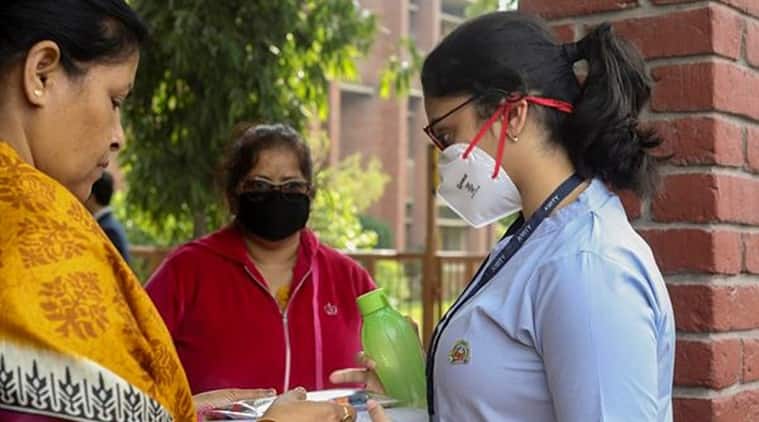 With the remaining papers for this year’s CBSE board examinations due to restart in less than two weeks, Deputy Chief Minister Manish Sisodia wrote to the Union HRD minister requesting that these examinations not be conducted considering the COVID crisis in Delhi.

After the board examinations were halted mid-March as a precaution against the spread of coronavirus, the remaining 29 papers for class X and XII students are scheduled to take place from July 1 to July 15. In his letter to HRD Minister Ramesh Pokhriyal, Sisodia requested that the remaining exams not be conducted and suggested that the board instead rely on previously conducted school-based internal assessments such as projects, periodic tests and term exams.

He pointed to the rapidly rising number of cases in the Capital, stating that it is a source of uncertainty and anxiety for candidates.
“… the total number of confirmed cases now stands at 44,688 (as on June 16, 2020). This is likely to rise to 5.5 lakh by July 31, 2020. In such a situation, if a candidate or someone in the family tests positive, he/she will have to skip the exam causing further distress.”

According to the CBSE’s notification on the conduct of the remaining papers, students whose schools are located in containment zones at the time of the paper will have to write their exam in a centre located outside the containment zone. Sisodia pointed to the high number of containment zones in Delhi – 242 and rising – and stated that “there is no clarity on how a child from this zone will come out to take the exam”.

Further, Sisodia also pointed that government school buildings in Delhi are being put to use for relief operations – 251 as ration distribution centres, 33 as hunger relief centres, 39 as shelters, 10 as transit migrant camps and 10 as quarantine centres – and stated that these would not be in a position to be used as exam centres by July 1.

“To meet the requirement of additional beds, which is estimated to be around 80,000 by the end of July 2020, Delhi government is planning to use the auditoriums in nearly 242 schools to set up additional beds for Covid-19 patients requiring hospitalisation. Holding exams in the same building where there would be hundreds of Covid patients would be a huge risk,” said the letter.

In his letter, Sisodia wrote, “Board exams, particularly those of class 12, are a high stake exam for children. Hence, subjecting them to take this exam in such an uncertain and anxiety-prone situation would not be fair to them.” He also said that it will also be “extremely difficult” for the state government to conduct the exams during the pandemic.

CBSE is not conducting exams for all subjects but only for 29 major subjects. For the rest of the subjects, the exams will not be held but the result will be declared on the basis of internal assessment. Earlier, a similar concern of pending or canceling exams was raised by the Maharashtra government. Several parents and students are also running online campaigns demanding the same.

Mon Jun 22 , 2020
Mi 10 has started receiving the V11.0.5.0.QJBINXM update in India. MIUI Stable ROM V11.0.5.0.QJBINXM is rolling out over-the-air, and the company has also made available the ROM packages for those who… Source link