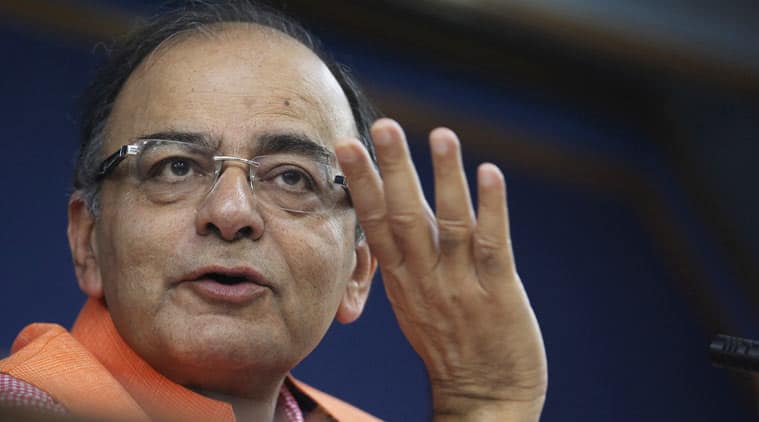 “Political differences will continue. But for the development of the state, that will not matter,” Jaitley said as he repeated the Prime Minister’s call for increased economic activity in the eastern states. (Source: Express file photo)

Reiterating Prime Minister Narendra Modi’s view that the country would not grow unless the eastern states prospered, Finance Minister Arun Jaitley on Sunday said political differences between BJP and Trinamool Congress will not come in the way of development of West Bengal.

In the state capital to inaugurate Bandhan Bank, the senior member of the BJP-led NDA Cabinet also lamented the “obsolete policies” of the past which, he said, should be done away with.

“Political differences will continue. But for the development of the state, that will not matter,” Jaitley said as he repeated the Prime Minister’s call for increased economic activity in the eastern states.

“Eastern Uttar Pradesh, Bihar, Odisha and West Bengal need more economic activity,” he said, adding that West Bengal and Odisha have mineral and other natural resources, which are the fundamentals for growth.

“Breaking with some of the policies of the past and realising the potential is important,” he said, assuring that the Centre and the states would cooperate towards that end.

Jaitley also said that West Bengal, like other coal-producing states, would receive benefits arising from the coal auction and would have the fullest support of the Centre.

Referring to the manufacturing sector in West Bengal, he said at another event that the state government would have to be manufacturing-friendly like the governments of Karnataka and Andhra Pradesh.

He also felt that the industry set-up in West Bengal needed to be incentivised.

Speaking at an ICC session, Jaitley said that the Centre would shortly come out with the first set of tax exemptions phase-out, which would be put in the public domain for discussion.

He said that the government would gradually bring down the corporate tax rate from 30 to 25 per cent, but the exemptions would be phased out.

“Because of the exemptions, the effective corporate tax rate is 22 per cent plus,” he pointed out.

The Union minister said that the Centre was actively mulling the introduction of two new schemes — involving agri-insurance and health scheme for senior citizens.

He also said that measures would be announced on the domestic use of cash as the country would move towards a cashless society so that more funds could flow into the banking system.

The minister also averred that the country can clock growth of more than eight per cent, for which it is necessary to improve the levels of governance.

“With modest levels of governance, the country has achieved good growth. This will increase with better governance,” he said.

The growth rate would also get a boost if the Goods and Services Tax were to be implemented, Jaitley said, adding that the resources of the governments were rising as there had been a transfer of wealth from oil-producing to oil-consuming countries like India.

Meanwhile, in an apparent reference to Congress, Jaitley said that while the government in power and regional parties had supported the Bill, one particular political party had used “disruption as a tactic” to “obstruct” the passage of the GST Bill.

“The majority of Indians want growth, but a miniscule minority wants to block it,” he said, adding that it was a test of maturity of a democracy as a decision of the directly-elected House (Lok Sabha) was challenged by an indirectly-elected one (Rajya Sabha).

GST would help raise India’s growth rate, Jaitley further said, adding, “I hope that they will see reason… with the regional parties supporting it, the numbers are with us.”

Mon Jun 1 , 2020
As the Central and state governments allow phase-wise relaxation in curbs to get the life up and running again following over two months of lockdown to prevent the spread of Covid-19, we bring you the latest updates from your city. *After a gap of two months, autorickshaws and cabs will […]