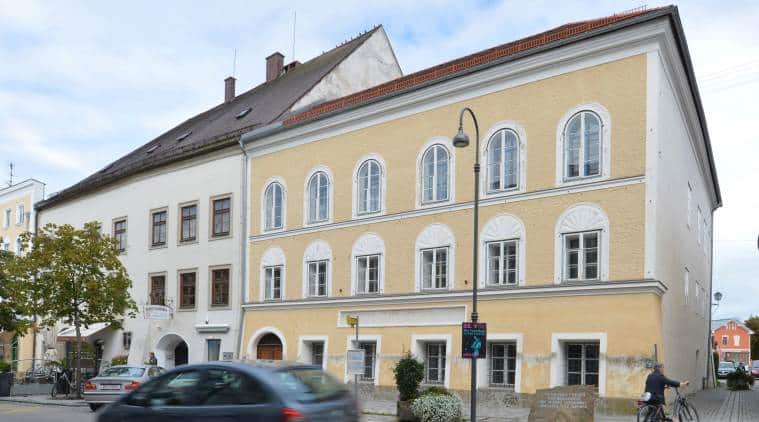 The birth house of Adolf Hitler will become a police station Austrian interior minister Karl Nehammer said, as he presents the redesign of the building at a news conference in Vienna. (AP Photo/Kerstin Joensson,file)

Austrian authorities have presented the winning plan to redesign the house where Adolf Hitler was born in 1889, turning it into a police station and trying to make it unattractive as a pilgrimage site for people who glorify the Nazi dictator. A design by Austrian architects Marte.

Marte beat 11 competitors in an interior ministry tender, officials announced on Tuesday. The refurbishment is expected to be complete around the end of 2022 and will cost around 5 million euros ($5.6 million).

The overhaul follows a years-long back-and-forth over the ownership and future use of the house in Braunau am Inn, on the German border, which was resolved in 2017 when Austria’s highest court ruled that the government was within its rights to expropriate the building after its owner refused to sell it.

A suggestion it might be demolished was shelved, and the government announced in November that police would use the building. It will house the regional command and a police station.

“Some people might ask is this the right use for this, putting the police in there? It is the downright most suitable use,” Interior Minister Karl Nehammer said on Tuesday.

“Why? The police are the guardians of basic liberties and freedoms. Police officers in training see themselves as partners of citizens and as those who protect freedom, the right to assembly and freedom of speech.

The winning design takes a simple, modernising approach but doesn’t tamper with the substance of the original building.

The relatively modest three-level building was rented by Austria’s interior ministry since 1972 to prevent its misuse, and was sublet to various charitable organizations. It stood empty after a care centre for adults with disabilities moved out in 2011.