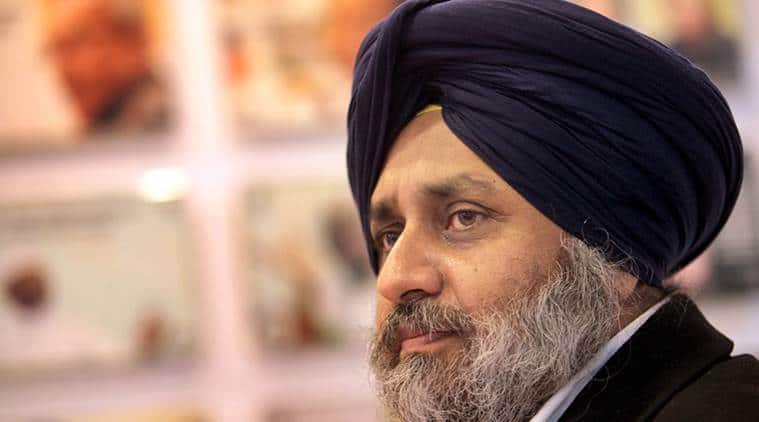 Attacking the Dhindsas, Sukhbir said: “Sukhdev Singh Dhindsa is my elder and I respect him a lot….I don’t remember my father ever saying no to him.” (File)

The ruling party in Punjab was not the only one on SAD’s target as it opened its political conference at the Maghi Mela. Party chief Sukhbir Badal came out all guns blazing at party rebels and targeting the Dhindsas in particular.

“They all want that Akali Dal should not win. But winning or losing is in god’s hand. No one can defeat the ones who serves the masses. Badals are not dictators. Badal saab (former CM Parkash Singh Badal) has served the panth for 70 long years and has not lost even a single election in the past 65 years. He started as sarpanch of a village. Looking at his contribution, he was made president of the party. Now, I am the president and tomorrow someone else may be the president. Before I took over, over 16 presidents served the party,” said Sukhbir, urging SAD workers to unite ahead of the next Assembly polls. Claiming that those wanting to free SGPC and SAD from the Badals were the ones who struggled to win elections, he said: “We have blessings of panth and we don’t need anyone’s verdict about management of Shiromani Gurdwara Parbandhak Committee (SGPC) or SAD.”

Attacking the Dhindsas, Sukhbir said: “Sukhdev Singh Dhindsa is my elder and I respect him a lot….I don’t remember my father ever saying no to him. He now says he wants to free Akali Dal from the Badal parivar. I want to tell you that in the past 30 years, he won just one election. The self-proclaimed SAD Taksali leader Sewa Singh Sekhwan too won just one election in the past 30 years. But despite that they were never refused a party ticket. They were given high posts within the party even after losing elections…..I never wanted to talk about this, but the Dhindsas are speaking against my father every day. It hurts me a lot, so I too wanted to tell you a few facts.”

He added: “Sukhdev Singh Dhindsa saab always used to contest election from a different constituency as he was not ready to face people of the same constituency. His son too, in 2012, contested from Sunam and in 2017, from Lehragaga.”

Attacking the Taksali leadership, the SAD chief said: “Few leaders call themselves Taksalis and they have floated SAD Taksali. I once asked my father, ‘who is a Taksali’. He told me that Taksali is the one who serves the party without asking for anything in return…he is the one who never back-stabs the party.”

Wed Jun 10 , 2020
Railway authorities have received requests to start these trains since many people of Rajasthani community res…Read More JAIPUR: In the next phase of resumption of rail services, Jaipur and Jodhpur are likely to get rail connectivity to southern India including Chennai, Hyderabad, Bangalore and Ernakulum. North Western Railway (NWR) is […] AirTag: How to Use It, Android Support, and Everything Else You Need to Know