By admin on June 3, 2020
By: Express News Service Written by Madhuparna Das
| Kolkata | 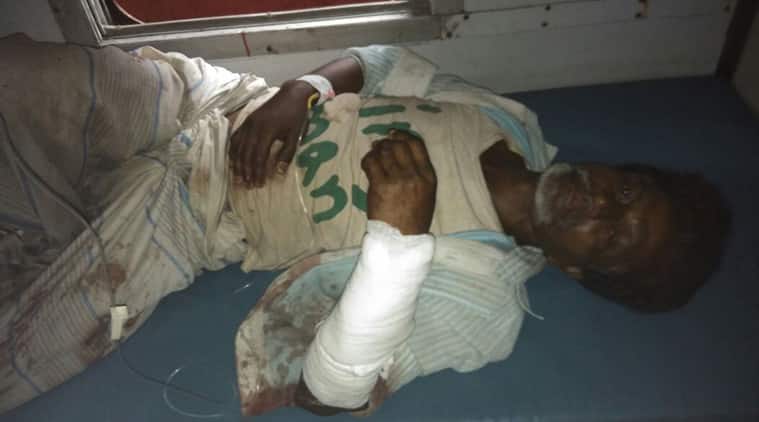 At least 15 people were injured in West Bengal after a crude bomb exploded in a local train on the Sealdah-Krishnanagar line early on Tuesday morning. The blast, which left three passengers critically injured, exposed the glaring lapses in the passenger security system in local trains.

The explosion took place in the first Krishnanagar local that leaves Sealdah, one of the most crowded terminals in Kolkata, at 3.30 am. More than a dozen people were injured after the crude bomb that was carried by an 18-year-old notorious criminal, went off when he was scuffling with another criminal inside the running train.

According to eyewitnesses, the bomb exploded at round 3.55 am, minutes after the train left Titagarh station and started approaching Barrcakpore, around 25 km from the city. The injured persons include – Swapan Ray (34), Uttam Kumar Chakraborty (54) , Mohammed Mukhtar (50), Raja Das (18), Aloke Sil (23), Nanda Kumari Devi, S M Ismail (35), Souvick Banerjee (21) and Rita Banerjee (45). Six of the injured are critical and have been admitted to the B R Singh Hospital in Sealdah.

The blast has brought local gang rivalries out in the open and had shown how gang members board passenger trains with weapons and crude bombs with ease. Atiful Sheikh, alias Raja, alias Rajua, is suspected to have been carrying the crude bombs along with sharp weapons. In the blast, Raja’s right hand was blown below the wrist and his right eye was severely damaged. He was involved in a scuffle with another person, member of a rival gang. According to Government Rail Police (GRP) records, Raja is a notorious criminal of Titagh and he has several cases of snatching and wagon breaking against him.

Senior police officials of GRP, RPF and officials from Army barrack in Barrackpore rushed to the spot after the blast. Later in the day, R K Gupta, general manager of Eastern Railways visited the spot. “Our security personnel are always alert and they are deployed in the stations because these kind of incidents keep happening here, however, this is the first time when an explosion took place inside a rail compartment,” said Gupta.

Debashis Bej, SRP, Sealdah, added, “Preliminary reports suggest that the bomb exploded when Raja was scuffling with another criminal.” Meanwhile, a team from CID and the bomb squad inspected the spot and spoke to the injured passengers.

Swapan Roy, one of the passengers in the coach, told The Indian Express, “I boarded the train from Sealdah. At around 3.50 am, after the train left Titagarh station, a young man jumped inside the train with a dagger in one hand and the bomb in the other. He targeted a person and started demanding money from him. When a scuffle broke between them, the bomb slipped from his hand and exploded. In a fraction of second, the entire compartment was filled with black smoke and I found myself bleeding.”

Rita Banerjee, who boarded the train with her son Suvendu from Sodpur, said, “We jumped from the train after the bomb exploded. The man who got inside the running train, targeted one passenger and tried to stab him with a dagger before explosion.”

Eastern Rail issued a press statement saying “… in the early morning today (12.5.2015), a bomb exploded in a coach (No.16983), 5th from the engine of Up Sealdah – Krishnanagar local (31811 Up) at about 3.55 am as soon as the train left Titagarh station. Six persons were injured. Their condition is stable according to the doctors of B R Singh Hospital. Seven persons also received first-aid at the spot.” 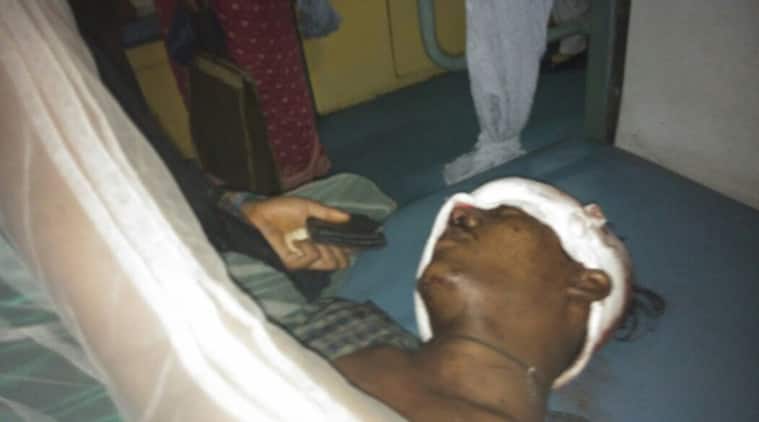 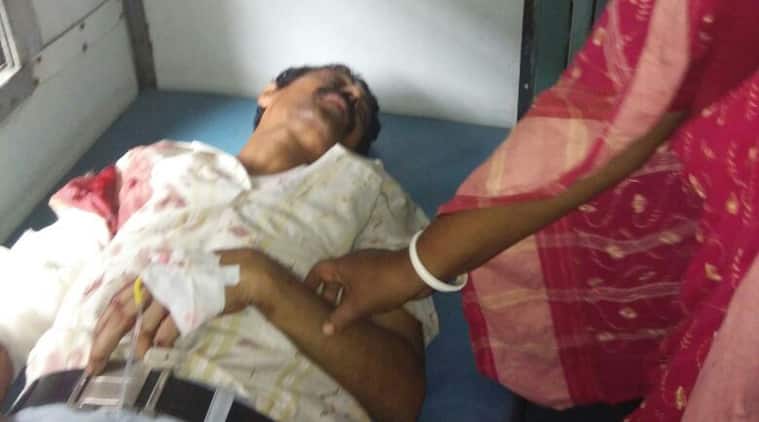