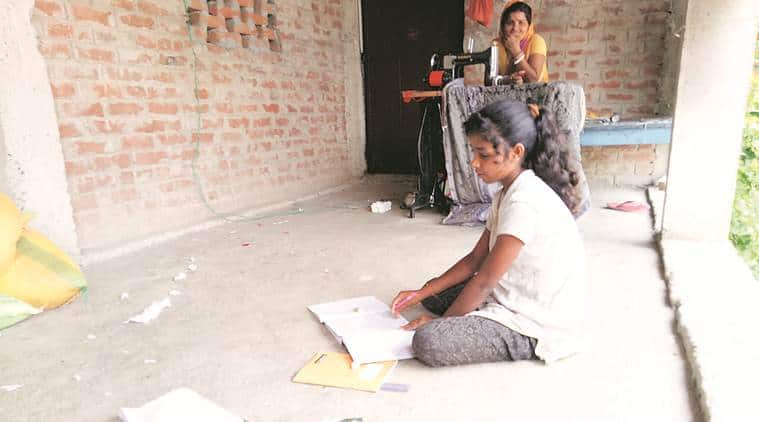 Rupam Kumari at her home in Chhapki, Begusarai. (Express Photo)

Sitting on the verandah at her home in Begusarai’s “vegetable village” of Chhapki, Rupam Kumari, a class V student at a private school, is busy solving a mathematics problem as her mother watches from a corner. She said she has to rely on self-learning these days as there are hardly any online classes at her school.

Nearly all the villagers grow vegetables in Chhapki, which has a population of around 1,300 and nearly 400 school-going children.

Over 350 children are enrolled at the only middle school in the village, but most of them either don’t take classes or are admitted to private schools at the same time. While the average income of a vegetable farmer is anywhere around Rs 10,000-15,000, 90 per cent of families have enrolled their children in private schools.

Prince Kumar, a class IX student at a private school, said, “There have been online classes but no tasks are given. There is no replacement for classroom teaching.”

For ITI teacher Ashish Kumar, “online classes are like lemonchoos (placebo), which taste sweet but have less content”.

Ratan Kumar, another student, said there was rivalry among siblings in a family that has just one smartphone.

However, Shyamnandan Mahto, a villager, said most parents cannot afford smartphones and frequent data recharges. “Poor net connectivity in the village is yet another issue,” he said.

Bihar Secondary School Association General Secretary and Begusarai-based academician Dr Suresh Rai said, “The government has to provide better infrastructure and teachers to win back the confidence of guardians. Government schools should have more smart classes and have to compete with private schools.”

Bihar Education Project state coordinator Sanjay Kumar said, “We have been running classes on the Unnayan Bihar model on Doorshan. We are also trying to improve content. There are Facebook live classes too. Guardians are also being informed about Doordarshan classes schedule.”