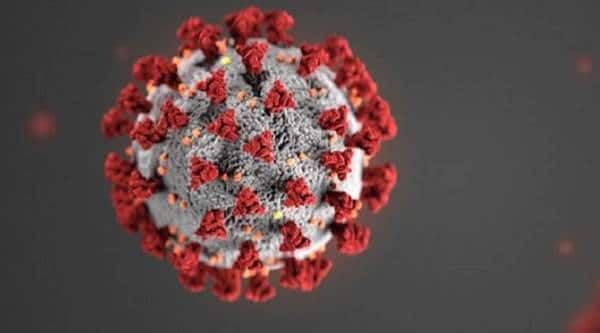 Although international law obliges countries to report information to WHO that could have an impact on public health, the U.N. agency has no enforcement powers. Instead, it must rely on the cooperation of member states.

Throughout January, the World Health Organisation publicly praised China for what it called a speedy response to the new coronavirus and thanked the Chinese government for sharing the genetic map of the virus “immediately.”

But in fact, Chinese officials sat on releasing the genetic map, or genome, of the deadly virus for over a week after multiple government labs had fully decoded it, not sharing details key to designing tests, drugs and vaccines. Strict controls on information and competition within the Chinese public health system were largely to blame, The Associated Press has found from internal documents, emails and dozens of interviews.

Health officials only released the genome after a Chinese lab published it ahead of authorities on a virology website on Jan 11. Even then, China stalled for at least two weeks more on giving WHO the details it needed, according to recordings of multiple internal meetings held by the U.N. health agency in January, all at a time when the outbreak arguably might have been dramatically slowed.

Although WHO continued to publicly commend China, the recordings obtained by the AP show they were concerned China was not sharing enough information to assess the risk posed by the new virus, costing the world valuable time.

“We’re currently at the stage where yes, they’re giving it to us 15 minutes before it appears on CCTV”, said WHO’s top official in China, Dr. Gauden Galea, referring to the state-owned China Central Television, in one meeting.

The story behind the early response to the pandemic comes at a time when the UN health agency is under siege. U.S. President Trump cut ties with WHO on Friday, after blasting the agency for allegedly colluding with China to hide the extent of the epidemic.

Chinese President Xi Jinping said China has always provided information to WHO and the world “in a most timely fashion.” The new information does not support the narrative of either the U.S. or China, but portrays an agency now stuck in the middle that was urgently trying to solicit more data.

Although international law obliges countries to report information to WHO that could have an impact on public health, the U.N. agency has no enforcement powers. Instead, it must rely on the cooperation of member states.

The AP has found rather than colluding with China, WHO was itself largely kept in the dark, as China gave it only the minimal information required. But the agency did attempt to portray China in the best light, most likely to coax the country into providing more outbreak details.

WHO officials worried about how to press China for more information without angering authorities or jeopardizing Chinese scientists, whom they praised for decoding the genome with astonishing speed.

Dr. Michael Ryan, WHO’s emergencies chief, said the best way to “protect China” was for WHO to do its own independent analysis, because otherwise the spread of the virus between people would be in question and “other countries will take action accordingly.”

From the time the virus was first decoded on Jan. 2 to when WHO declared a global emergency on Jan. 30, the outbreak grew by a factor of 100 to 200 times, according to retrospective Chinese Center for Disease Control and Prevention data.

WHO and officials named in this story declined to answer questions asked by the AP without audio or written transcripts of the recorded meetings, which the AP was unable to supply to protect its sources.

“Our leadership and staff have worked night and day, to support and share information with all Member States equally, and engage in frank and forthright conversations with governments at all levels”, a WHO statement said.

China’s National Health Commission and Ministry of Foreign Affairs had no comment. But in the past few months, China has repeatedly defended its actions, and many other countries “including the U.S.” have responded to the virus with even longer delays of weeks and even months.

In late December, doctors noticed mysterious clusters of patients with unusual pneumonia. Seeking answers, they sent samples to commercial labs. By Dec. 27, one company, Vision Medicals, had pieced together most of the genome of a new virus with striking similarities to SARS. They alerted Wuhan officials, who, days later, issued internal notices warning of the unusual pneumonia.

On Dec. 30, Shi Zhengli, a renowned coronavirus expert at the Wuhan Institute of Virology, was alerted to the disease, and by Jan. 2, her team had fully decoded it.

But when it came to sharing the genome with the world, things went awry. China’s top medical authority, the National Health Commission, issued a confidential notice forbidding labs from publishing about the virus without authorization. The order barred Shi’s lab from publishing the sequence or warning of the possible danger.