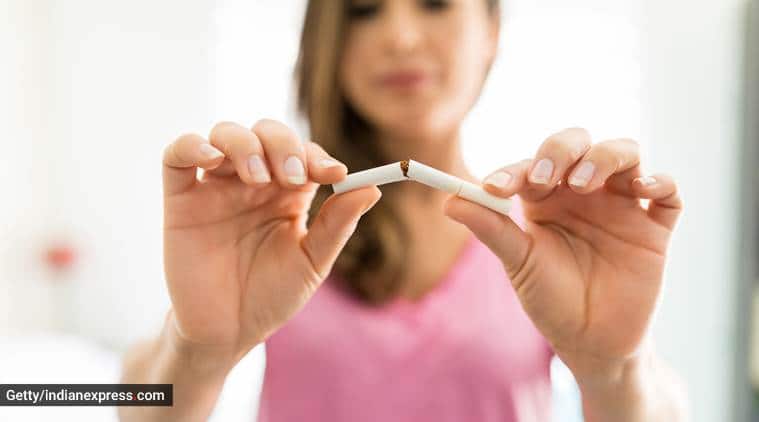 Those anti-smoking advertisements before films and cautionary messages on cigarette packets, may or may not deter people from smoking. But doctors have, for long, warned people against the ill-effects of tobacco. The World Health Organisation (WHO) suggests that around 200 million of the world’s one billion smokers are women. And that of them, nearly 1.5 million die every year from tobacco use. This is an alarming figure which highlights the negative effects of tobacco on women and the trends associated with it.

On World No Tobacco Day, Dr Bornali Dutta, Director of Pulmonary Medicine, Respiratory and Sleep Medicine, Medanta, The Medicity shares with indianexpress.com, the ways in which smoking affects women differently.

* While smoking increases the risk of various types of cancer (lung, mouth, esophagus, larynx, bladder, pancreas, and kidney) among both men and women, it puts women at a higher risk of cervical cancer.

ALSO READ | World No Tobacco Day: Why this lockdown is the best time to quit tobacco

* Smoking also affects menstruation in terms of severe premenstrual symptoms and increase in cramps. It also affects fertility, leading to delay or challenges in conceiving.

* Smoking during pregnancy harms the fetus. The carbon monoxide present in tobacco harms the fetal tissue, while nicotine causes the infant’s heart rate to speed up.

* Smoking also increases the risk of miscarriages and other complications such as placenta abruption (placenta is the flattened circular organ in the uterus of pregnant women which nourishes and maintains the fetus) and still birth.

* Smoking during pregnancy increases risks of premature delivery and may cause reduction in breast milk once the infant is born. The nicotine consumed by the mother can also be passed on to a baby during breastfeeding.

ALSO READ | Worried about infertility? Here are some common causes

* Smoking expedites menopause by a couple of years. The nicotine interferes with the blood supply to the ovary, thereby decreasing its function of producing the hormone estrogen, which could lead to an early onset of menopause.

* Women who smoke are at an increased risk of developing COPD (Chronic Obstructive Pulmonary Disease) including chronic bronchitis and airflow obstruction like their male counterparts.

* Smoking is detrimental to the immune system and negatively affects responsiveness to infections, making smokers more vulnerable to infectious diseases like the flu.

Also, a large majority of women often smoke cigarettes that are misleadingly marketed as ‘light’, thinking they are safer than the rest. These women, however, often engage in compensatory smoking, inhaling more deeply and frequently, causing more harm, she adds.

World No Tobacco Day: Why this lockdown is the best time to quit tobacco

Sun May 31 , 2020
By: Lifestyle Desk | New Delhi | Updated: May 31, 2020 9:59:06 am Smoking suppresses immunity and increases the risk of being infected with diseases related to respiratory illnesses like COVID-19 or tuberculosis. (Source: Getty Images/Thinkstock) With the lockdown restrictions in place, if one can manage two to three weeks […]