Dress code for UP Imambaras: ‘Head covered, no short dresses’ while framing rules for tourists 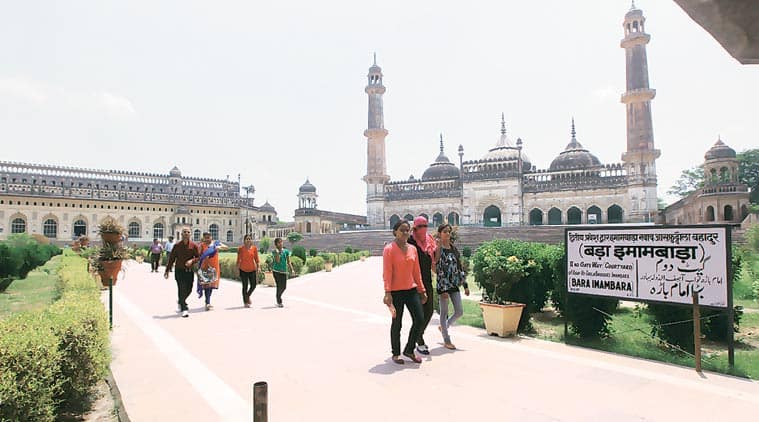 Shia cleric said the Lucknow district administration has assured him in writing that rules will be framed for entry of tourists in the two Imambaras, which he claimed, were religious places and not a place for recreation. (Sourc: Express Archive)

If the Uttar Pradesh government and Shia cleric Maulana Kalbe Jawwad have their way, tourists and visitors to the historical Bada and Chhota Imambaras will have to follow a dress code — which includes mandatory covering of the head and “no short dresses”.

Addressing the Shia community during Friday prayers, Jawwad said the Lucknow district administration has assured him in writing that rules will be framed for entry of tourists in the two Imambaras, which he claimed, were religious places and not a place for recreation.

While District Magistrate Raj Shekhar did not respond to calls, Additional City Magistrate-II Shailendra Mishra, who handed over the said letter to Jawwad, confirmed the decision.

“We have agreed to issue instructions for maintaining the religious sanctity of the Imambaras by framing rules barring short dresses and covering of heads for tourists,” Mishra said.

Jawwad said that while head scarf will be mandatory, “arrangements for women who are wearing short dresses” will also be made. “If they fail on their assurance, Anjumans will again start their agitation,” Jawwad said. He said the district administration had also given to him in writing that the state government had been apprised about their demand for a CBI probe in the alleged misappropriation of waqf properties.

“For CBI probe in waqf affairs, we can only apprise the state government about the demand, and we are doing that” confirmed Additional City Magistrate-II. Jawwad said the letter from district administration would be handed over to women who are protesting outside the Chhota Imambara. “If they are satisfied, they will end their dharna. It will be completely their decision,” he said.

Jawwad also gave the administration 10 days after Eid to fulfill its promises. “If they fail, we will launch a massive protest at Shahi Masjid in Hazratganj,” he added.

Protesting against the election of Syed Waseem Rizvi as chairman of Shia Central Board of Waqfs, the Shia community led by Jawwad had launched a protest. Later, the Shia women had locked the Chhota Imambara on June 4 followed by men from the community locking Bada Imambara on June 5. The locks of both the Imambaras were opened after court orders. However, the Shia women are still sitting at the main gate of Chhota Imambara blocking entry of tourists.