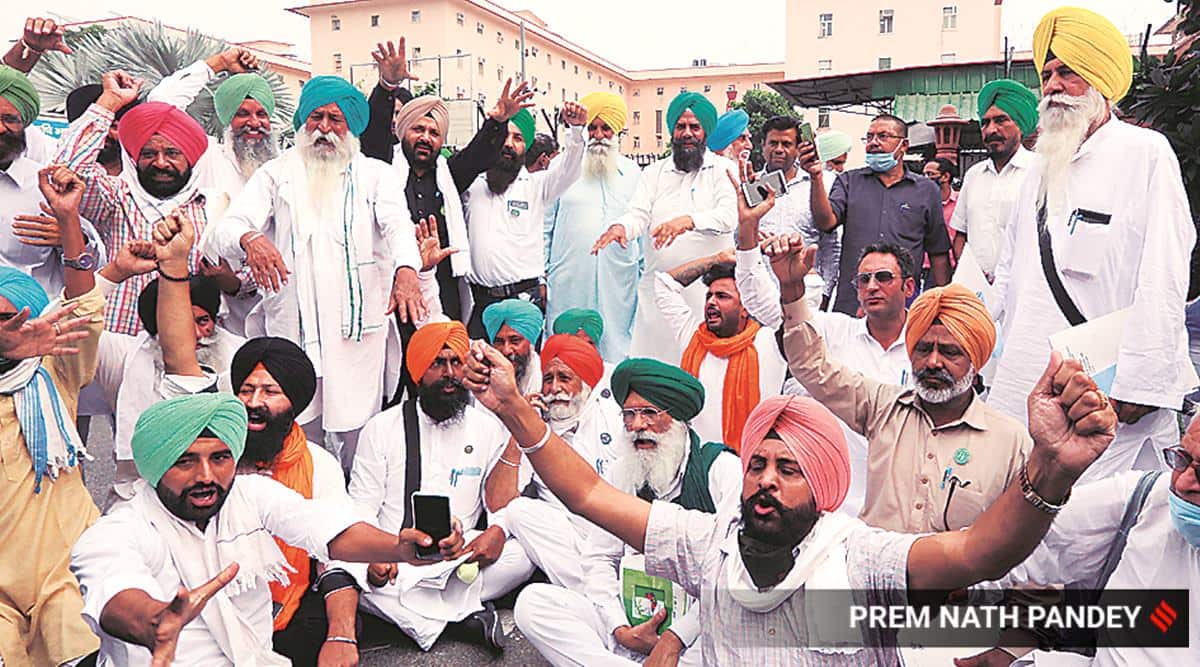 Farmers protest against the legislations (File)

A top expert on agri issues, Dr Gian Singh, has said that Punjab isn’t the only state protesting against Centre’s farm laws, as such protests are going on in over 20 states. The former economics professor from Patiala’s Punjabi University, who has studied farmer suicides in Punjab between 2000 to 2010, tells The Indian Express that farm laws are not only against farmers but also consumers.

What is your take on Centre’s farm Acts?

The three farm laws are against farmers, consumers, food security and even the federal set up of our country. I feel that food stocks should be controlled by government. Unlimited stocking of essential goods by private players is beyond my understanding. Punjab government has passed Bills against these laws that seem to be in interest of farmers as private players can now come to Punjab, but under government’s watch. Further, farmers have the right to file civil suits in case of any dispute. These Bills in comparison to Centre’s laws are in favour of small farmers and the general public as well.

Union Ministers claim that only Punjab farmers are protesting as they are being instigated by the state government. What is your opinion about it?

Do you think farmers’ protests are justified? Many farmers are dying as well while sitting in dharnas due to health ailments.

As long as the farmers are protesting in a democratic and peaceful manner (the protests are justified). In a democratic country, people have the right to protest. However, I feel sorry for the farmers who have died due to health ailments.

What amendment do you think can be done in central laws?

Now, state government has passed Bills against these laws. These Bills will have to be sent to the President. Let’s see his reaction. The central government should ensure a minimum level of income to farmers, agricultural labourers, and rural artisans so that they are able to satisfy their basic needs of food, clothing, sheltering, education, health care, clean environment, and social security in a respected manner.

According to your rich experience on the agrarian crisis, how do you judge the economic condition of Punjab farmers?

All farm-size categories, except the large farmers, are facing a serious debt crisis. The income levels of these farmers are so low that they have to borrow even for meeting their minimum needs. Indebtedness, farmer suicides, Punjab’s farmer is facing a lot of struggles. According to our research done in 2014-15 on indebtedness among farmers and agricultural labourers in rural Punjab, 85.9 per cent farmers are under debt while 80.07 per cent of the total agricultural labour in the state is under debt. Average income of a marginal farmer family, according to research, was Rs 1.39 lakh per annum, while this income was Rs 2.22 lakh per annum for a small farmer’s family. For small medium farmers, the yearly average income was Rs 3.69 lakh and it was 5.66 lakh for medium farmers. For large farmers, the per annum income was Rs 12.02 lakh per annum. One can imagine the economic condition of a farmer from these figures.

What would be the impact of Centre’s laws on Punjab farmers?

The implementation of these laws would result in the forced exit of farmers, agricultural labourers and rural artisans and some others dependant workers from the agricultural sector. They will be forced to leave villages to search for jobs in other areas.

Can these laws impact the social fabric of Punjab?

Definitely. As per the Union government’s farm laws, private player need not to pay any fee like market committee fee, rural development fund and hence the company can save some money out of which a part can be passed on to farmers. These laws push farmers towards commercialisation of agriculture. A farmer may start selling to a private player who gives him Rs 100 extra now, but this may may fall in the coming years as it had happened in the past as well in case of private companies who had come to do contract farming in Punjab. This will thus affect farmers, labourers, palledars, commission agents who may end up looking for other jobs to meet both ends. Many people may turn towards urban areas in search of jobs, hence it may end up overburdening the urban areas while that social relationship between a farmer and an urbanite may also get damaged.

Do you think it is justified to target corporates in this struggle?

It appears to be symbolic.

There have been farm suicides even under the existing model. Which model should be adopted to make farming profitable?

The suitable model for making farming profitable would depend on the economic development model adopted in our country.