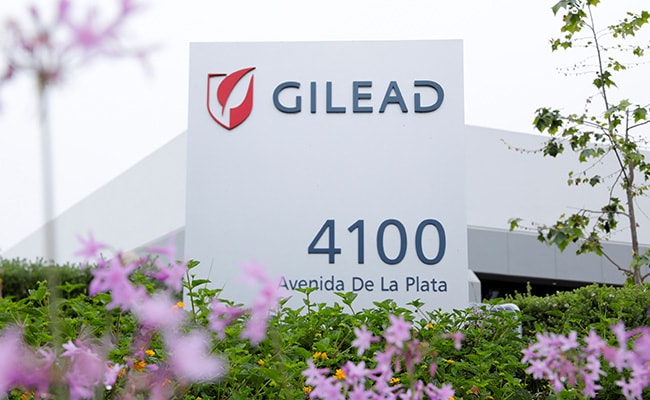 Those gains were dwarfed by a price jump in bullish options which traded in unusually high volume just hours before the report and which more than doubled in value overnight.

Remdesivir subsequently received the US Food and Drug Administration’s emergency use authorization to treat COVID-19 patients on May 1.

Gilead has not heard from regulators regarding the trades, company spokesman Chris Ridley said, declining any additional comment on the matter.

Early in the trading day on April 16, with Gilead shares hovering around $75, four large blocks of its options were purchased for about $1.5 million each. Those unusually large trades bet that Gilead’s shares would rise north of $80 to $87.50 by mid August.

“They are pretty big trades,” said Henry Schwartz, president of options analytics firm Trade Alert, adding that the fact they were made around the same time was also unusual. “It stands out,” he said.

In one of the trades, 3,143 calls betting Gilead’s shares would rise above $85 by August 21 were purchased for a total of $1.6 million. Through April 17, the value of those contracts jumped to $3.02 million, according to a Reuters analysis of trading data. The other three trades also made large gains.

“This looks problematic,” said Howard Fischer, a partner with law firm Moses & Singer and former senior trial counsel at the US Securities and Exchange Commission (SEC).

“When there is a specific spike in the firm’s trading activity — right before a finding is announced — it can become a red flag to regulators,” he said.

The SEC scans for unusual trades ahead of news announcements and has used such data to bring insider trading probes in the past, public filings show. The agency declined to comment.

While it is possible the trades were fortuitous, driven by bullish sentiment for drugmakers amid the pandemic, options trades in other pharmaceutical names did not show similar activity, according to a Reuters review.

“It does look like somebody had some sort of reason to pick that time of day to put a lot of capital to work on Gilead,” said Schwartz.