Skip to content
At least three have been deployed to excavate the huge-quantity of silt accumulated over several decades in the 800-acre . The mounds of silt which is currently heaped at multiple places in the water body, will soon be transported about 30 km away from the city to a village in Bannerghatta, where three quarries have been identified as dumping yards.

On Saturday, workers were seen dredging about 10 feet deep to excavate the silt that also comprises used plastic materials and sludge. Already, over 100 heaps of silt have been accumulated in the lake bed. This is because the Bangalore Development Authority (), which is implementing the lake rejuvenation plan approved by the (NGT), is yet to get custody of the three quarries.

More than half of the lake looks like a playground from a distance as it is completely covered with hyacinth and weed. Although the BDA had de-watered the entire lake, fresh water has flowed into the water body, following heavy rain over the last six days.

“We might need another two years only to de-silt the lake,” said SS Arvind, Assistant Executive Engineer at BDA and in-charge of lake rejuvenation.

We have identified three quarries that are spread over 80 acres. They are ten times deeper than the Bellandur lake and can easily accommodate all the silt.

–SS Arvind, AEE at BDA, and in-charge of lake rejuvenation

It’s estimated that the lake has over 19 million tonnes of silt and sludge, which may be hazardous as the water body was fed with untreated industrial solid waste, construction and demolition debris, hospital waste, plastic and raw sewage for over 50 years.

“We have identified three quarries that are spread over 80 acres. These places are ten times deeper than the Bellandur lake and can easily accommodate all the silt. We have asked BBMP for coating the surface of the quarry in order to stop the percolation of toxic elements from the silt into the earth,” the officer explained. The three quarries are located at Mylsandra in Banner­ghatta.

It’s learnt that the BDA is spending a total of Rs 250 crore for rejuvenating the lake while a majority of the funds are expected to be spent on de-silting the mammoth lake. The government agency has already spent about Rs 50 crore to construct a temporary channel to diverting raw sewage from entering the lake. 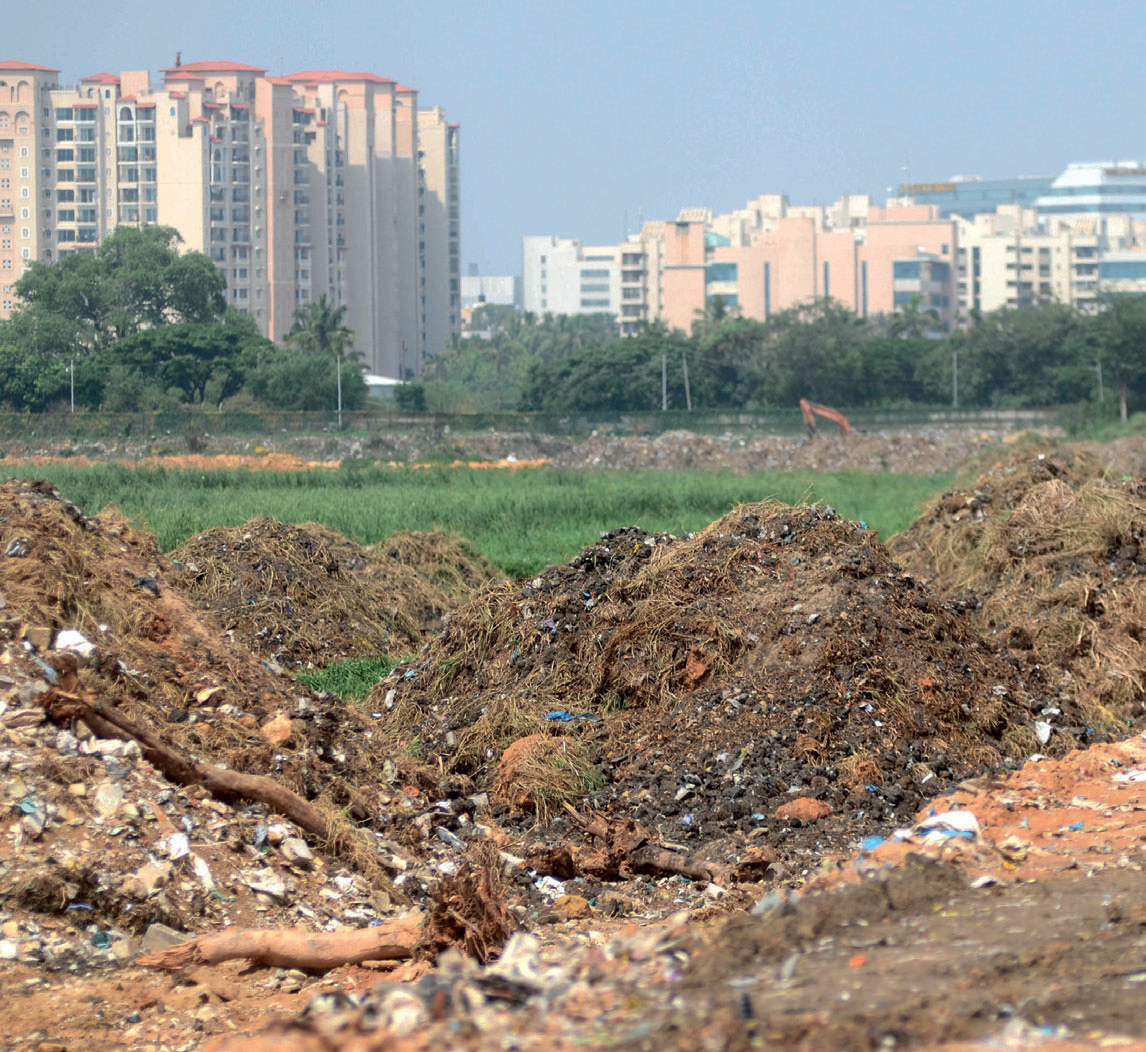 Experts including many environmentalists, however, do not fully stand by the rejuvenation plan, although it’s approved by the NGT. “The cost of desilting is huge. It’s impractical. The exercise is also hazardous as the silt is contaminated. I believe the rejuvenation work should begin only after ensuring the flow of sewage into the lake is stopped,” said Sharachchandra Lele, researcher from the Ashoka Trust for Research in Ecology and the Environment (ATREE).

The solution, he said, lies in tracking the source of pollution. “There are multiple points from where the raw sewage is getting into the lake. Unless that’s treated effectively, no measures will solve the problem,” Lele said. He also felt the process of self-purification will clean the water body. The researcher was part of the committee constituted by the government in 2016 to offer solutions to rejuvenate the lake.

UV Singh, retired IFS officer and member of another committee constituted by NGT, said that the rejuvenation plan is scientific and was finalized after taking into account the views of many stakeholders. “De-silting work has begun only after constructing a diversion channel around the lake to stop sewage entering the lake. The committee also felt that de-silting is a must to rejuvenate both Bellandur and Varthur lakes. We are also creating a bio-diversity park in the periphery of the waterbody using some silt taken out from the lake,” he said.

The Bangalore Environment Trust, however, believes that it could take another 53 years to completely de-silt the lake even if the government agency is able to remove 1,000 tonnes of silt every day. “Only 1.8% of the total toxic silt and slush can be removed if the de-silting work is carried out for an entire year,” the trust had said in a recent statement, opposing the current rejuvenation plan.

Yellappa Reddy, chairman of the Trust, suggested preparation of an Environment Impact Assessment report on the rejuvenation plan before going ahead with the de-silting. “How are they going to transport massive volumes of sediments from the lake to the quarry? What will be the condition of the road? How many vehicles do they need? What will be the health condition of people working onsite? We have no answers for these questions,” a retired IFS officer said.

Mon Jun 1 , 2020
Telangana CM K Chandrasekhar Rao (File photo) HYDERABAD: Chief minister K Chandrasekhar Rao on Sunday extended the lockdown in containment zones up to June 30, while restrictions will be in place till June 7 for rest of the city but with more relaxation. In a huge relief to lakhs of […]