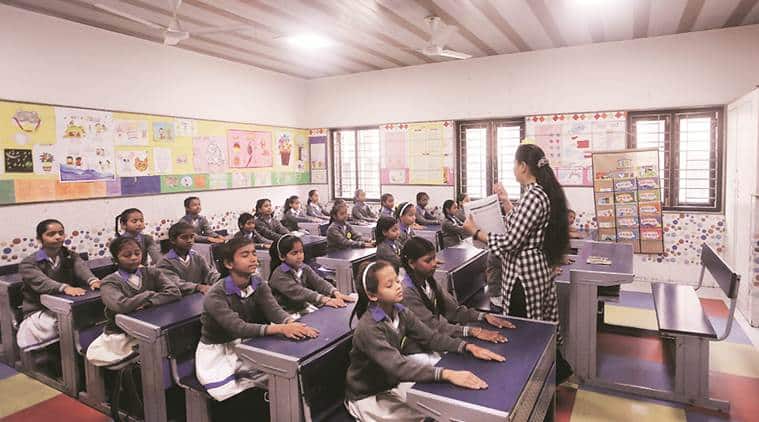 Some parents said they have been paying a hefty fee but private schools are not ready to give much concession in the present situation. (Representational Image)

Facing financial problems due to job loss and pay cut in the wake of the coronavirus pandemic, parents in Haryana’s Ambala are turning to government schools to reduce their expenses on their children’s education. Some parents said they have been paying a hefty fee but private schools are not ready to give much concession in the present situation.

“Private schools are not giving any relaxation in fee despite the fact that they are closed and many of the expenses which they incur in normal times are not there,” said a man whose son studies in Class 7 at a private school.

He said there is also uncertainty in view of the prevailing situation and no one knows for how long schools will remain closed.

Another parent, whose daughter studies in Class 9, said the private company where he is employed had introduced heavy pay cut and he was finding it hard to pay fee and decided to shift his child to a government school. He said at least three to four people known to him have lost their jobs and are looking to get their children admitted to government schools.

Another parent, Kamal Kumar, said he admitted two of his children to a private school in the beginning of the year.
“Due to the present situation with financial constraints, I realised that it will not be possible for me to afford a hefty fee,” he said, adding that he recently approached the state Education Department for getting his children admitted to some government school where the fee was comparatively less.

Ambala Deputy District Education Officer Sudhir Kalra said in the past some time, the department has received complaints from parents that private schools were not issuing school-leaving certificates to their children. He said many parents wanted that their children be admitted to government schools.

READ | As Delhi prepares for remaining Boards, examination centres too face a test

On Monday, according to an order issued by the Haryana’s School Education Department, seeking admission in government schools will not require a school-leaving certificate now.

Many students studying in private schools are seeking admission to government schools, an official spokesperson of the department said on Monday.

In a set of instructions issued by the department, it is mentioned that students can be admitted to a government schools even if they do not have a school-leaving certificate.