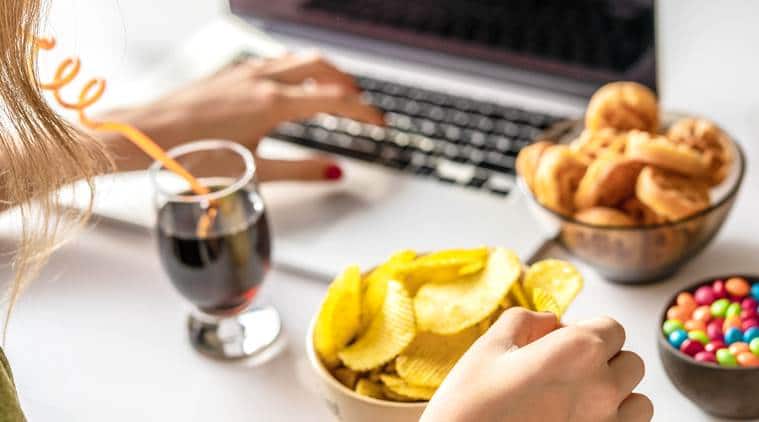 Saturated fat has become a common feature in meals during the coronavirus crisis. With little scope for jubilation during self-isolation during work from home, people often turn towards delicious food to soothe their frustrations. However, a higher dose of saturated fat could impact a person’s concentration levels, according to a new study. For this, 51 women underwent a test after consuming two sorts of meals: one that was high on saturated fat and the other was a similar meal but made in sunflower oil.

Annelise Madison, the lead author remarked, “Most prior work, looking at the causative effect of the diet, has looked over a period of time. And this was just one meal — it’s pretty remarkable that we saw a difference.” However, it should be noted that the food prepared with sunflower oil comprised of a sizable amount of dietary fat though it was low on the saturated variety.

Madison stated, “Because both meals were high-fat and potentially problematic, the high-saturated fat meal’s cognitive effect could be even greater if it were compared to a lower-fat meal.”

The women were put through a stringent experiment, where they were served high-fat foods and called upon to make accurate observations. It was noted that the women who consumed meals with saturated fat were 11 per cent less able to detect target stimuli. Those who had signs of leaky gut displayed certain lapses in concentration too, which overall goes on to display that their instant reaction abilities take a hit during this time period. Their ability to sustain attention during the mere 10-minute-long test dipped as well. Madison reasserted that the women were performing poorly no matter what they ate. “If the women had high levels of endotoxemia, it also wiped out the between-meal differences,” she mentioned.

Studies in the past have proven that a meal that has high content of saturated fat shoots up the inflammation all over the body and also the brain. The same is the case with fatty acids too. “It could be that fatty acids are interacting with the brain directly. What it does show is the power of gut-related dysregulation,” the lead author commented.

The women involved in this process ate three normalised meals and even went through a fast of half a day ahead of every lab visit. This was to ensure that the diet variations were reduced and did not affect the psychological response to high-fat food. It was concluded that individuals who are troubled by the whole COVID-19 situation and resort to binge-eating or high-fat meals could have their concentration levels hampered due to this.

Kiecolt-Glaser proclaimed, “What we know is that when people are more anxious, a good subset of us will find high-saturated fat food more enticing than broccoli.” She continued, “We know from other research that depression and anxiety can interfere with concentration and attention as well. When we add that on top of the high-fat meal, we could expect the real-world effects to be even larger.” The research and study are published in the American Journal of Clinical Nutrition.

Strictest Action Will be Taken Against Accused in Delhi Riots, Irrespective of Stature, Says Amit Shah

Tue Jun 2 , 2020
Home Minister Amit Shah. On February 23, BJP’s Kapil Mishra called for Delhi Police to clear the roads where women were protesting against the CAA, NRC and NPR and threatened that if roads were not cleared, he would do it himself with his supporters. News18.com Last Updated: June 2, […]