Cristiano Ronaldo’s run of scoring in six league games ended as jittery Juventus were held to a 3-3 draw at Sassuolo on Wednesday and missed the chance to go nine points clear at the top of Serie A.

Having taken two points from their last three games, Juventus are on 77 points, seven ahead of Atalanta, who thumped Brescia 6-2 on Tuesday, with five matches remaining.

Defender Danilo opened the scoring for Juventus in the sixth minute when a corner found him unmarked on the edge of the box, and he drilled a powerful shot through a cluster of bodies into the net.

Gonzalo Higuain made it two six minutes later, latching on to a superb ball from Miralem Pjanic, but a shot into the top corner by Filip Djuricic in the 29th minute signalled the start of a spirited fightback by the home side. 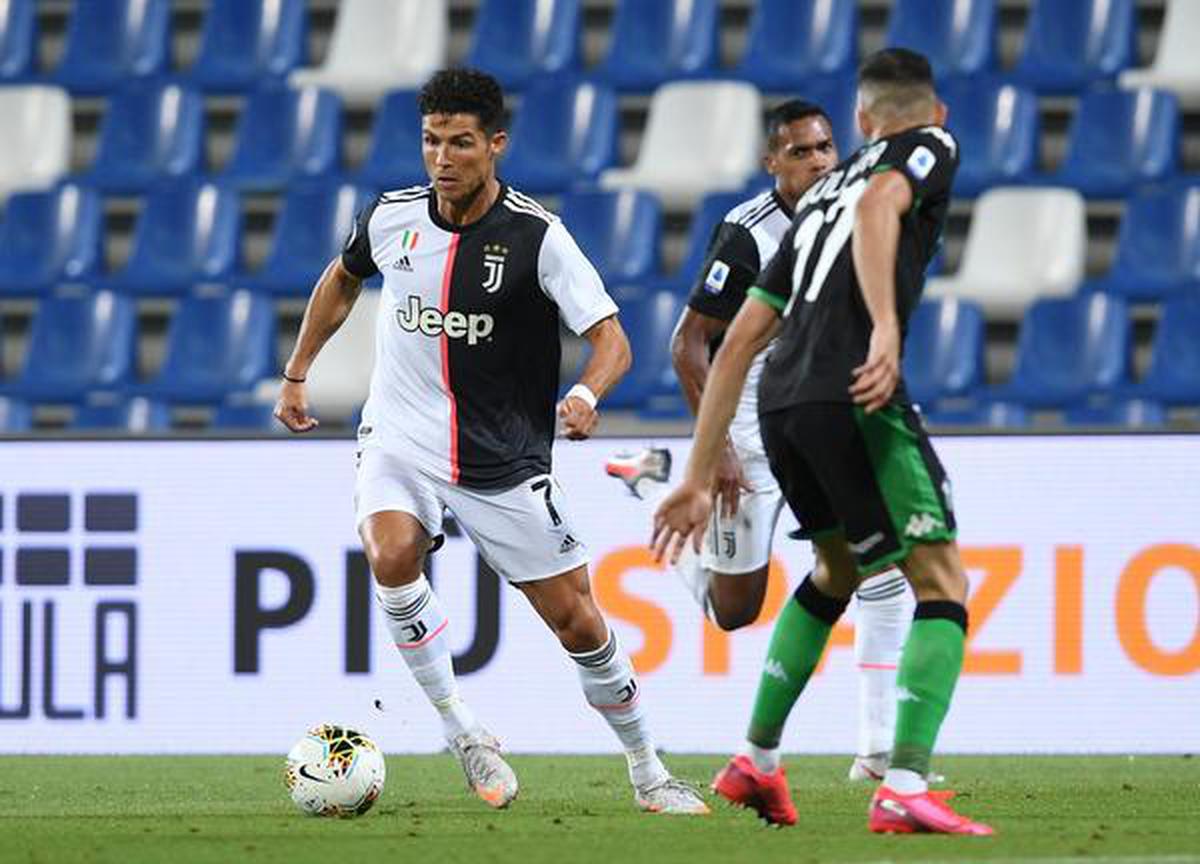 They levelled six minutes into the second half when Domenico Berardi curled a beautiful free kick in at the near post, and Sassuolo went ahead three minutes later as Francesco Caputo stole in at the far post to steer in a wayward Berardi shot.

Ronaldo’s best effort was an attempted lob in the first half that landed just wide, but he was well-shackled by the Sassuolo defence. Instead it fell to left back Alex Sandro to produce a rare goal, meeting a 64th-minute corner with bullet header to level the scores.

Chasing their ninth league title in a row, Juventus poured the pressure on but could not force a winner.

Instead, Juve goalkeeper Wojciech Szczesny had to make a superb save to keep out a dipping shot from Mehdi Bourabia in stoppage time as they hung on for a draw that left coach Maurizio Sarri frustrated. “We struggle to maintain physical and mental continuity. It is difficult to understand why we have very good moments and others of passivity,” Sarri said. “It is difficult to understand, even allowing for the fact that we are meeting teams who are in extraordinary form. We have the feeling of ups and downs during the game.”

Not Joining BJP, Says Sachin Pilot; Congress Asks Him To Prove His Claim

Thu Jul 16 , 2020
Rahul Gandhi is “keen on keeping the doors open for Sachin Pilot”, say sources. (File photo) New Delhi/Jaipur: Having secured its government in Rajasthan, the Congress on Wednesday asked rebel Sachin Pilot to reject the hospitality of the Haryana government and come back to Jaipur to prove his claim that […]