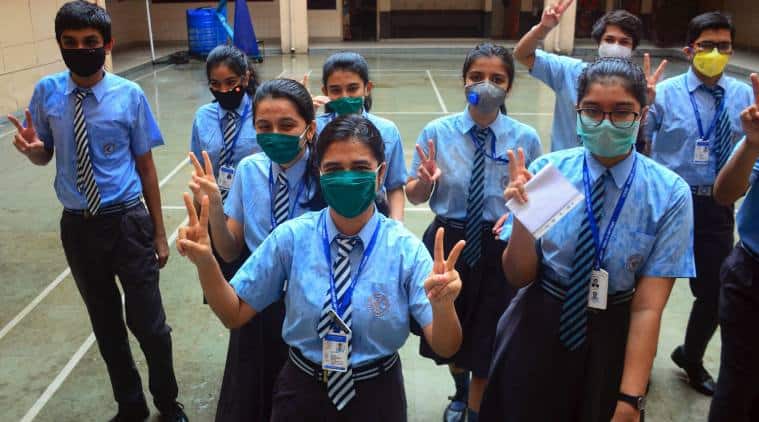 However, Delhi government schools continue to lag behind the national pass percentage of 91.46% (Representational/PTI)

In a significant improvement from last year’s Class X CBSE Board results, Delhi government schools increased their pass percentage by over 10 percentage points to cross the 80% mark this time — fuelled possibly by a focus to push up the number of students passing in mathematics.

Though Delhi government schools continue to lag behind the national pass percentage of 91.46%, as well as that of other Delhi schools such as private ones, Kendriya Vidyalayas (KVs) and Jawahar Navodaya Vidyalayas (JNVs), their improved performance is among the country’s most significant upward trends.

Deputy Chief Minister and Education Minister Manish Sisodia acknowledged the improvement, tweeting: “Our children have made us proud again! After record breaking result of Class 12, upward graph of Delhi Education continues in Class 10. Overjoyed that this year, result improved to 82.61% from 71.58% last year.”

Delhi’s overall pass percentage increased by almost five percentage points from 80.97% to 85.86%. Despite this, Delhi continues to be the second lowest performing amongst CBSE’s 16 regions, with only Guwahati region registering a lower pass percentage.

An analysis of last year’s board examination results by Delhi government schools had shown that of 1,66,167 students from these schools who had taken the exam, 24,502 had failed in only Mathematics.

Following that, the government’s education department focused its attention on helping more students pass the subject. Apart from extra classes and roping in private coaching for ‘low-performing schools’, one of the significant moves was ‘counselling’ students weak in mathematics to opt for the CBSE’s new ‘Basic Mathematics’ option, which was offered for the first time in the 2020 board exam.

The Indian Express had reported on how almost 73% of Delhi government students had opted for Basic Mathematics. Across all CBSE schools and abroad, this number was much lower at 33%.

“Every year, the subject in which the highest number of students cannot pass has been mathematics. However, this has decreased and my school actually has more children who could not pass science this year. I think the basic maths option has helped many of the children pass, and I personally think it’s a good thing because a student who scored 92% in class XII from my school this year in humanities had struggled a lot with maths in class X,” said the head of a government school in East Delhi.

“Last year, our pass percentage was short of 72% but after we coached the students placed in compartment dedicatedly in maths and science, many of these students passed the compartment exams and the pass percentage increased to around 81%. Prima facie, it appears that teachers took note of this and focused on students who were weak in these subjects, especially maths, which might account for the rise… We will have to analyse and study the results and this is a preliminary assessment,” said Shailendra Sharma, principal advisor to the Director of Education.

The head of a government school which saw a jump of over 30 percentage points in the pass percentage said that the option of basic mathematics was squarely responsible for this.

“Last year, my school’s pass percentage was in the 60s and most of the students who did not pass had failed in maths, and many had also failed in science. This year, around 70% students from my school took basic maths and all of them have passed. The few students who have not passed this year is because of science,” the head of school said.
CBSE comptroller of examinations Sanyam Bharadwaj said that the board itself too was yet to analyse the result and study the effect of ‘Basic Mathematics’.

“So far, we have not gone through the results so deeply. However, we hold both ‘Standard Maths’ and ‘Basic Maths’ on a par with each other. As a subject, both options are of an equivalent value — there was just a difference in the way questions were designed,” he said.