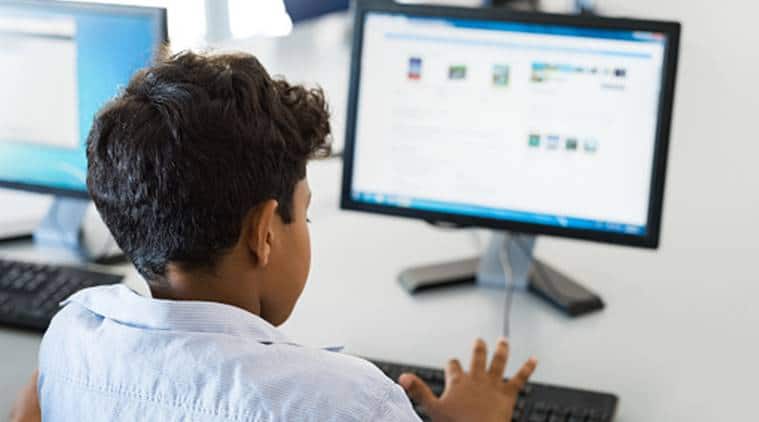 When new academic year began in Kerala on Monday amidst Covid-19 norms, the first bell did not ring in 16,000-odd schools in the state. (Source: Getty Images)

When new academic year began in Kerala on Monday amidst Covid-19 norms, the first bell did not ring in 16,000-odd schools in the state. Instead, lakhs of students from class one to 12 sat before the TV sets in their homes as the day-one’s lessons were telecast, marking state’s attempt to tide over the disruption in studies due to lockdown restrictions.

The online classes, named ‘First Bell’, were telecast through educational channel IT@School VICTERS by Kerala Infrastructure and Technology for Education (KITE), nodal agency for Information and Communication Technology (ICT) education in state schools. There have been short, common telecast for all classes with a particular subject picked up each class for the day. The state has around 45 lakh students following state board syllabus, the government banked upon the TV as well as smartphone at the households. However, a survey revealed that 2.61 lakh students don’t have access to TV or smartphone, making them out of the network of online classes. Such students were in most destitute families mainly in remote villages and tribal areas.

However, the government and civil society have stepped in to bridge that gap.

Chief Minister Pinarayi Vijayan told media that in places where students do not have access to TV in their houses, neighbourhood study centres would be launched. “Those who have lost the classes today need not worry. This is a trial one. After a week, there would be repeat telecast of classes. The expense for launching neighbourhood study centres would be borne by Kerala State Financial Enterprises and local-self-governing bodies. Around 1.20 lakh laptops and 4450 TV sets provided to schools as part of improving IT infrastructure would be used for providing the facility,’’ he said.

In many places, local bodies and charitable trusts have come forward to supply TV or smartphones to poor students who would otherwise miss the classes telecast. In Alappuzha district, Kanjikkuzhy village panchayat gave smartphones to 75 students. In Thrissur, a people’s initiative provided TV sets to 600 students at Nattika.