Let’s talk periods: This 16-year-old student started dialogue on menstruation in her UP village 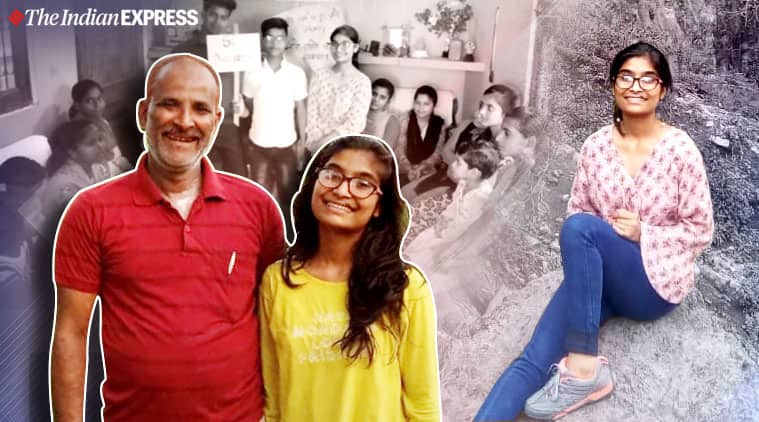 Menstruation practices have been clouded by taboos and considered ‘dirty’ in India for generations, which is the reason many adolescent girls are not allowed to participate in religious and social functions. However, 16-year-old Shikoh Zaidi, from Uttar Pradesh’s Hardoi district, is attempting to break myths that surround menstruation practices.

According to the National Family Health Survey-4 (2015-16), nearly 23 per cent of girls have listed menstruation as the chief reason for dropping out of school. Multiple awareness programmes have been launched to spread awareness, but many shy away from talking on this.

Zaidi began by educating young girls at her village Kuvarpur Bhager on how to maintain hygiene, through videos and slogans last year. Daughter of a farmer, Zaidi has six sisters, who are also inclined towards academics. Zaidi realised the extent of the problem when she discovered that her friend, who suffered from rashes because of using cloth during menstruation, was afraid of visiting a doctor. Her mother too was “taking it casually”.

Read | Why are students across India opposing online exams?

“My mother and sisters were using cloth too. Only when my elder sisters moved to the city for higher education that they realised that sanitary napkins were hygienic. Before that, there was no discussion about this at home. Unfortunately, in my village, a majority of females use old cotton cloth over pads,” she said.

Zaidi was 10 when she left her village to secure admission in the residential school VidyaGyan. “When I was in class 9, we learnt about reproductive organs. There was a healthy discussion in the classroom but at the village, my friends were not keen on talking about it,” she said.

While reading Deepa Narayan’s book Chup: Breaking the Silence, she became aware of the problems faced by women, especially during menstruation. She felt the need to educate villagers on the acceptance of menstrual hygiene.

“I felt the urge to educate girls about hygiene and establish a platform where they can discuss their problems freely. Most of them observe strange habits like not participating in social functions, not attending school, avoiding the kitchen or temple, etc,” she remarked. She initiated an awareness campaign ‘Ek Nayi Pehel’, taking the help of animated videos from Youtube to educate girls on puberty.

This was part of Zaidi’s summer vacation assignment last year, where the teachers mentored her, but she faced opposition from her mother. “She got panic attacks when I told her about the project. However, my father was supportive and helped in executing it in my village,” she shared.

Zaidi started inviting fellow villagers to watch the videos but there was barely any response. “So I offered them a Hindi film screening post the educational content. At least a hundred people turned up,” she revealed.

She later made posters on the issue and marched with them, along with some children. The message was straight: “Don’t fear menses, it is not unclean.” For the second screening, two teenage boys helped her in connecting with more people. “Men are not joining us but we are trying to ensure that they, at least, don’t discourage women,” she added.

Before her two-month summer vacation ended, positive feedback started coming her way. Some young girls discussed how they had started saving money for sanitary napkins. “As the government dispensary that sells pads for Rs 1 is far, we are trying to find a solution where Rama didi (health activist) can buy in bulk from there and get it here for girls. I am drafting an application and will pursue it during the winter vacation,” she informed.