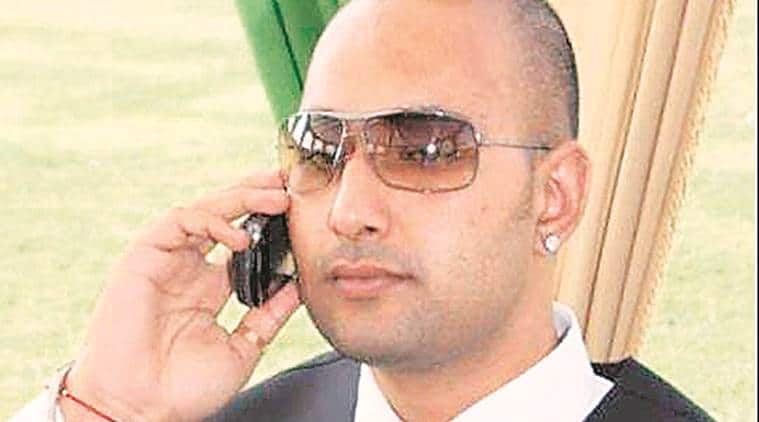 Manpreet Singh Manna was killed on Monday on his way back from the gym at 7.30 pm.

A 35-year-old man, Manpreet Singh Manna, was shot dead by unknown assailants outside Malaut’s Sky Mall on Monday. Within an hour of the incident, a Facebook post on gangster Lawrence Bishnoi’s page claimed that he had been eliminated by his group. Bishnoi is currently lodged inside a Rajasthan jail. Manna, who had 14 cases pending against him at police stations in Malaut, Ferozepur city, Ferozepur Cantt, Kabarwala area of Muktsar, was also one of the 13 accused booked for the attack on Parminder Singh Kolianwali, son of senior SAD leader Dyal Singh Kolianwali, in October, 2017.

He was killed on Monday on his way back from the gym at 7.30 pm. A FB post at Bishnoi’s page at 8.30 pm read: I, Raju Bhisodi, killed Manna outside a gym in Malaut mall….This job has been done by me and Lawrence together.”

Muktsar SSP Raj Bachan Singh said, “Lawrence Bishnoi group has taken responsibility for this murder, but we are investigating the details. The person who has been murdered had 14 FIRs against him, one murder FIR was lodged against him in Ferozepur. He too had a criminal record.”

The SSP added that Bishnoi man Raju Bhisodi has admitted to carrying out the killing, but police is investigating as to who updated the profile. SSP said,”We are lodging an FIR as per statement of family members and rest all links will be part of the probe.”

As per the initial investigation, the attackers were waiting outside the mall for Manna in a car. As soon as he walked out of the mall, the attackers fired nearly 20-25 rounds, claimed eyewitnesses. While Manna died on the spot, his friend, Jacky Kalra was injured in the attack.

In another such incident on November 25, gangster Abdul Rashid alais Ghuddu, who was out on bail, was murdered at the wedding reception of his brother Bobby. Later, gangster Bagga Takher alias Bagga Singh lodged in Ludhiana jail had taken responsibility for the murder.

Sat Jun 13 , 2020
Police personnel check vehicles at Rajasthan-Gujarat border in Dungarpur on Thursday UDAIPUR: Round-the-clock checkposts are back in each police station limits and staff from medical, education and administrative departments are assisting cops deployed at Ratanpur on the Rajasthan-Gujarat border in Dungarpur in the wake of the state government order to […]