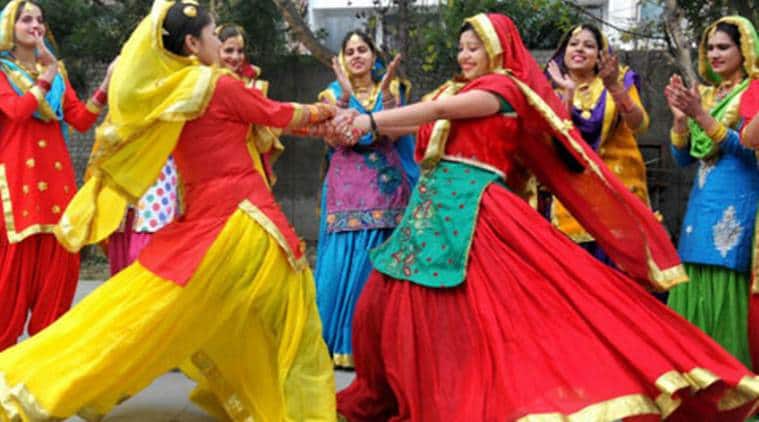 It was in 1993 when a group of 20 persons in Mulllanpur Tehsil, located on the outskirts of Ludhiana, decided to celebrate Lohri for girls. Many eyebrows were raised, but the mela went on year after year. Now in its 26th edition, the mela celebrations began Thursday at Punjabi Bhawan, and will continue till January 11.

Melas are being organised every year under the banner of Malwa Sabhacharak Manch Punjab. Krishan Kumar Bawa, chairman of the manch said, “When we started this mela 26 years back at the Dana Mandi of Mullanpur, we were asked many questions as to why were we doingbv this odd thing. Lohri is celebrated for male child and not for girl child, we were told when we extended invites to the people of the area. However in the first mela, thousands of people arrived out of curiosity and a Lohri of nearly 50 newly-born girls was celebrated. Though people came in large numbers, but lots of ifs and buts were raised. However, we did not give up and continued organising the mela year after year. Earlier, it used to be a day-long mela in which Lohri used to be celebrated amid cultural performances by Punjabi folk artistes. However, for the past 10 years, we have extended it to 3 days looking at the response of masses.”

Rajeev Kumar Lovely, another member of manch said, “On day one, we organise seminars in which experts talk about social issues such female foeticide, pollution, domestic violence, dowry, crime against women and other such issues. Day two is meant for seminars in educational institutions and awareness march while day three is the actual mela in which many Punjabi singers are invited to perform”.

In this year’s mela, sufi singer Kanwar Grewal and folk singer Mohd Sadiq, who is also also Faridkot MP, will be performing on Saturday alongwith Surinder Chhinda, Pali Detwalia and many others.

Bawa said, “This year, Lohri of 31 newly-born girls will be celebrated. Each girl will be given Rs 3100 cash, sweet box, a woolen suit and toys.

“One of our members, Rajinder Ohri, has been giving woolen suits for kids for the past 26 years. Our total expenditure on mela comes to nearly Rs 10-12 lakh as thousands people come to see the mela from villages as well as urban areas who are also served with moongfali, reodi, ghachak, tea coffee, and snacks”.

“We also honour women who have performed well in their fields and men who are making efforts in promoting gender equality. This time, Canada based RJ Mandhir Mannu will be honoured apart from international level boxer Simranjeet Kaur who belongs to Chakar village of Ludhiana. Artistes Karamjeet Anmol and Shamsher Sandhu will also be honoured with gold medals,” he added.

Thu Jun 11 , 2020
Written by Express News Service | New Delhi | Published: April 24, 2013 7:39:45 pm A day after they were detained from a hotel in Sonamarg,on the Srinagar-Leh highway,the alleged kingpin of the multi-crore chit fund scam,Sudipta Sen,and his two associates,Debjani Mukherjee and Arvind Singh Chauhan,were taken to Kolkata on […]