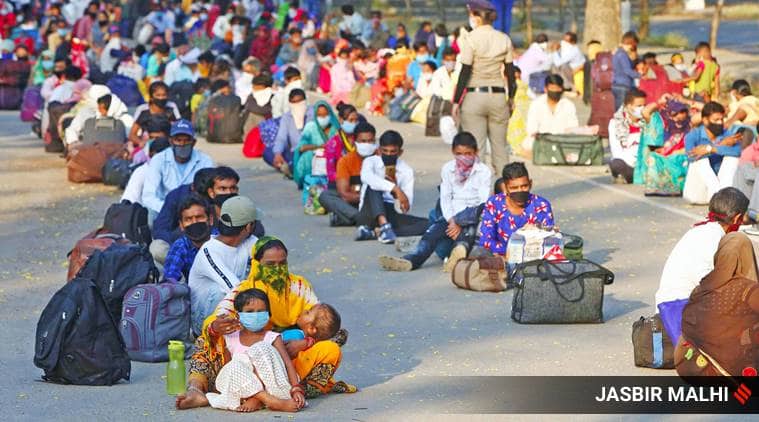 A 35-year-old migrant farm labourer has tested positive in Ludhiana’s Ratipur village. He was working in fields of farmer Jatinder Singh and had come from Bihar on June 6 as part of a group of 35 brought to Punjab via private bus hired by the farmer. The entire group was tested on June 10 out of which one tested positive.

“He has been shifted to our Level 1 Covid care centre in Government Meritorious School, Ludhiana while the rest have been quarantined at farm itself,” said Dr Jaspreet Kaur, Senior Medical Officer, Civil Hospital, Macchiwara.

Meanwhile, it has been learnt that the rest 34 are working in the farmer’s fields and staying at his farm house within the fields. They are not venturing out. The one who tested positive had had worked in the farm till Sunday, when his report came out to be positive.

Dr Jaspreet told that a total of 158 persons in Macchiwara area are in quarantine out of which majority are labourers working in fields and they are being tested randomly.

Sun Jun 14 , 2020
<p>Health officials screening travellers on Ratanpur border on Friday<br></p> JAIPUR/ALWAR: The restriction of vehicles and people entering Rajasthan at interstate borders has resulted in long queues of people waiting for screening. The outbound journey has almost come to a halt as those with medical emergencies are allowed to leave the […]