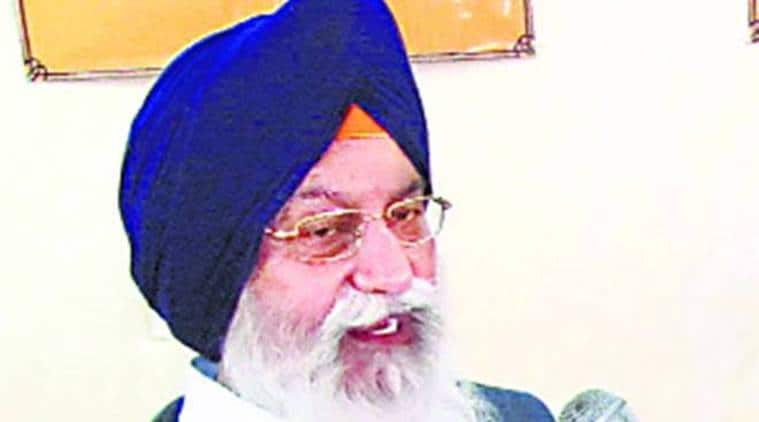 Makkar died at a private hospital in Gurgaon. He is survived by his wife and son Inderjeet Singh Makkar. (File)

Makkar died at a private hospital in Gurgaon. He is survived by his wife and son Inderjeet Singh Makkar.

He was one of the longest serving presidents of the SGPC, holding the post from November 2005 to November 2016.

Before taking charge as SGPC president in November 2005, Makkar was management president of Model Town Extension Gurdwara in Ludhiana. His tenure as the SGPC president was second longest after Gurcharan Singh Tohra. As per the family sources, Makkar had also served as clerk in the LIC before resigning in 1986 to join politics. Apart from desecration of Guru Granth Sahib in 2015, controversy regarding alteration of Nanakshahi calendar also took place during his tenure

He was the SGPC president when desecration of Guru Granth Sahib happened in October 2015 in Bargari. Though, at that time, he urged people to remain calm and maintain peace, but in September 2018, he had openly spoken against the SAD leadership and their way of dealing with Justice Ranjit Singh Commission report on the sacrilege incidents. However, later when SAD president Sukhbir Singh Badal visited his house and had a closed door meeting, Makkar once again shifted allegiance and was seen attending the functions organised by Akali Dal leaders.

Punjab Chief Minister Amarinder Singh expressed his condolences at Makkar’s demise. “Saddened by the death of Avtar Singh Makkar ji, former President of SGPC. My thoughts and prayers are with his family,” he tweeted.

Former Punjab chief minister Parkash Singh Badal also condoled Makkar’s demise. “From heading the Gurdwara Singh Sabha, Model Town Ludhiana, as its chief Sewadar to leading the SGPC for eleven years, Jathedar Makkar will be remembered as both a dynamic preacher as well as a capable administrator,” Badal said.

SGPC member Ranjit Singh Talwandi said, “I am shocked at the news. He served SGPC for 11 years. My God give his family strength to bear this loss”.