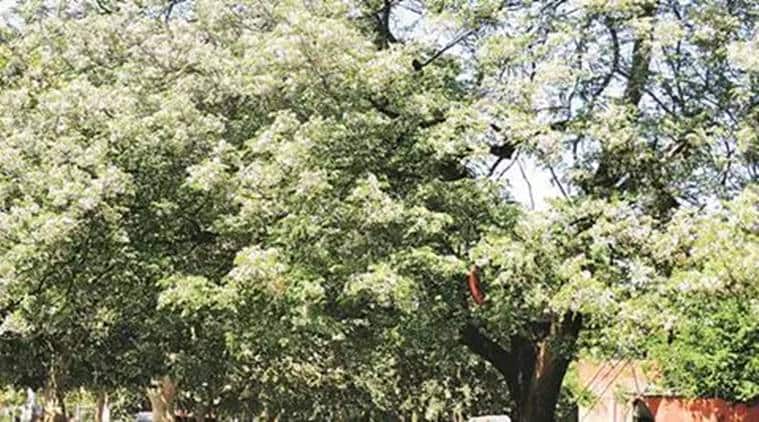 The police said that Arjun Singh, 23, was allegedly having an affair with a 16-year-old minor girl from the same village and both of them fled in June this year. (Representational)

Booked in the abduction case of a minor girl, a man was allegedly tied to a tree, thrashed, his face blackened and garlanded with shoes before being handed over to the police by residents of Bonkar Gujran village of Ludhiana Thursday.

The police registered an FIR against the girl’s paternal uncle, neighbour and other unidentified villagers for allegedly humiliating and assaulting the man Friday late, after the videos of the incident went viral on social media.

In the videos, the man can be seen tied to a banyan tree at the village, his face blackened and a garland of shoes around his neck. Some villagers can also be heard shouting.

The police said that Arjun Singh, 23, was allegedly having an affair with a 16-year-old minor girl from the same village and both of them fled in June this year. After they fled, the girl’s family filed an FIR against the man for alleged abduction. However, before the police could trace them, the girl’s family got to know where they were living and got them back to the village on Thursday. They allegedly tied the man to the banyan tree in the centre of the village, thrashed and humiliated him. The villagers also allegedly blackened his face and made him wear a garland of shoes before someone informed the police.

ASI Kuldeep Singh from Koomkalan police station said that the man, Arjun Singh, was arrested in the previous abduction case registered against him by the girl’s family.

Meanwhile, another FIR was registered against Nachhatar Singh, paternal uncle of the girl, Kewal Singh, their neighbour, and other unidentified villagers for allegedly humiliating and thrashing the man instead of handing him over to the police.

“According to the boy’s family, they had disowned him. So they refused to give any statement. FIR has been registered after taking note of the videos that we received. We have booked the girl’s uncle, neighbour and other villagers who allegedly did this act of publicly humiliating and thrashing the man. Probe is on,” said ASI Kuldeep Singh, investigating officer in the case. “We will nominate more names as probe progresses. We are yet to study videos in detail and will also interrogate the man to have more details of the incident.”

The FIR against the girl’s uncle, neighbour and other villagers was registered under sections 323 (punishment for voluntarily causing hurt), 342 (punishment for wrongful confinement) and 34 (act done by several persons in furtherance of common intention) of the IPC at Koomkalan police station.

Sun Jul 19 , 2020
Picture for representational purpose only. JAISALMER: Three jawans of the Indian Army tested positive at the military station in Jaisalmer on Friday. The soldiers, who had recently returned from holiday and were under quarantine, have now been shifted to the Army Hospital. As a preventive measure, the Army and the […]