Skip to content
By: Press Trust of India | Patna | 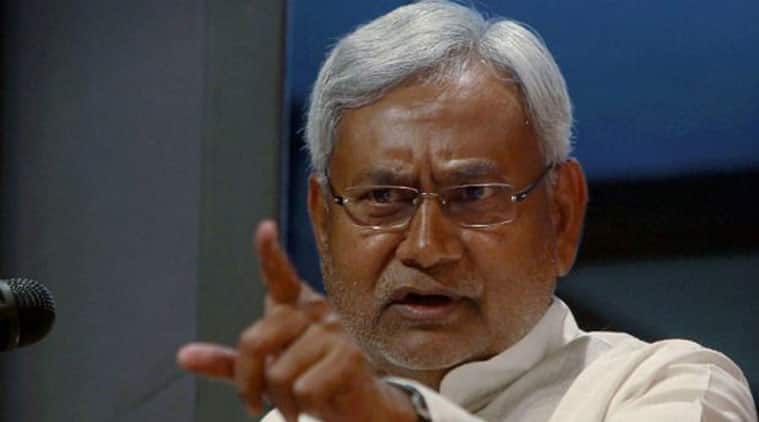 Senior JD(U) leader Nitish Kumar on Thursday dismissed speculation that his going to Delhi was meant to discuss the fate of Bihar CM with party chief Sharad Yadav, RJD and SP leaders.

When reporters asked Kumar whether Chief Minister Jitan Ram Manjhi would continue or not, he said “I am nobody to decide this.”

He also dismissed speculation of his going to Delhi was meant to discuss the fate of Manjhi with party chief Sharad Yadav, RJD president Lalu Prasad and their SP counterpart Mulayam Singh Yadav.

“There is no need to hold a meeting on Bihar issue in Delhi,” Kumar told reporters at Patna Airport before leaving for the national capital.

Asked about murmuring in the party on the comment of Manjhi on four rebels after Patna High Court restored their membership in Assembly, Kumar said, “it’s not good to speak in different voices while being in party…but such assertions have no impact on the health of JD(U).”

Kumar had handpicked Manjhi to replace him on CM chair after he resigned in May last year following JD(U)’s drubbing in the general election. But, some statements of Manjhi have created embarrassment for Kumar as well the party ahead of the Assembly poll later this year.

Manjhi while welcoming judgement of the HC had said he was not in favour of ending membership of rebel JD(U) MLAs.

Parliamentary Affairs Minister Shrawan Kumar, a close confidante of Nitish Kumar, had yesterday made light of CM’s assertion saying he had the habit of taking back his own words and advised him to speak after due understanding of the subject.

Manjhi on Thursday said he was not “clever” and speak his mind on the basis of his long experience which makes headlines.

Manjhi told reporters at the sidelines of a ‘Nagrik Abhinandan Samaroh’ here, that the merger issue of JD(U), RJD and other splinter parties of former Janata Parivar was looked after by senior leaders like Sharad Yadav, Lalu Prasad and Nitish Kumar.

“I have been chosen to run the government which I am doing,” he said.

Manjhi (70) said he was not “clever” and does not know to speak untruth. “On the basis of my long experience I speak something which unfortunately makes headlines,” he said in an apparent retort to Shrawan Kumar comment on him to speak only after due thinking.

Large scale reshuffle of IAS officers two days back in which many senior officials like Principal Secretary Amir Subhani, who enjoyed confidence of Nitish Kumar, replaced from key departments has been seen in the power corridor as Manjhi’s efforts to assert himself.

President of Rashtriya Lok Samata Party (RLSP) and Union minister of State for Education, Upendra Kushwaha has claimed that sources had told him that Nitish Kumar was “bechain (perturbed)” with Manjhi but was not in a position to remove him.

“Personally Nitish Kumar has been for long time trying to remove Manjhi from the post. But, it is not that easy for him,” Kushwaha told reporters while commenting on the speculations over Manjhi.

Rebel JD(U) leader Gyanendra Singh Gyanu, who is among four MLAs whose membership has been restored by Patna High Court on Tuesday last, had said they would not allow removal of Manjhi from the post and return of Nitish Kumar.