Pakistan on Monday summoned a senior Indian diplomat to register a strong protest over India’s decision to expel two officials of its High Commission in New Delhi on charges of espionage.

India on Sunday declared two officials of the Pakistan High Commission as “persona non grata” on charges of espionage and ordered them to leave the country within 24 hours, the Ministry of External Affairs (MEA) said.

The two officials, Abid Hussain and Muhammad Tahir, were caught by Delhi Police while they were obtaining sensitive documents relating to India’s security installations from an Indian national in exchange for money, official sources said in New Delhi.

“The government has declared both these officials persona non grata for indulging in activities incompatible with their status as members of a diplomatic mission and asked them to leave the country within 24 four hours,” the MEA said in a statement. 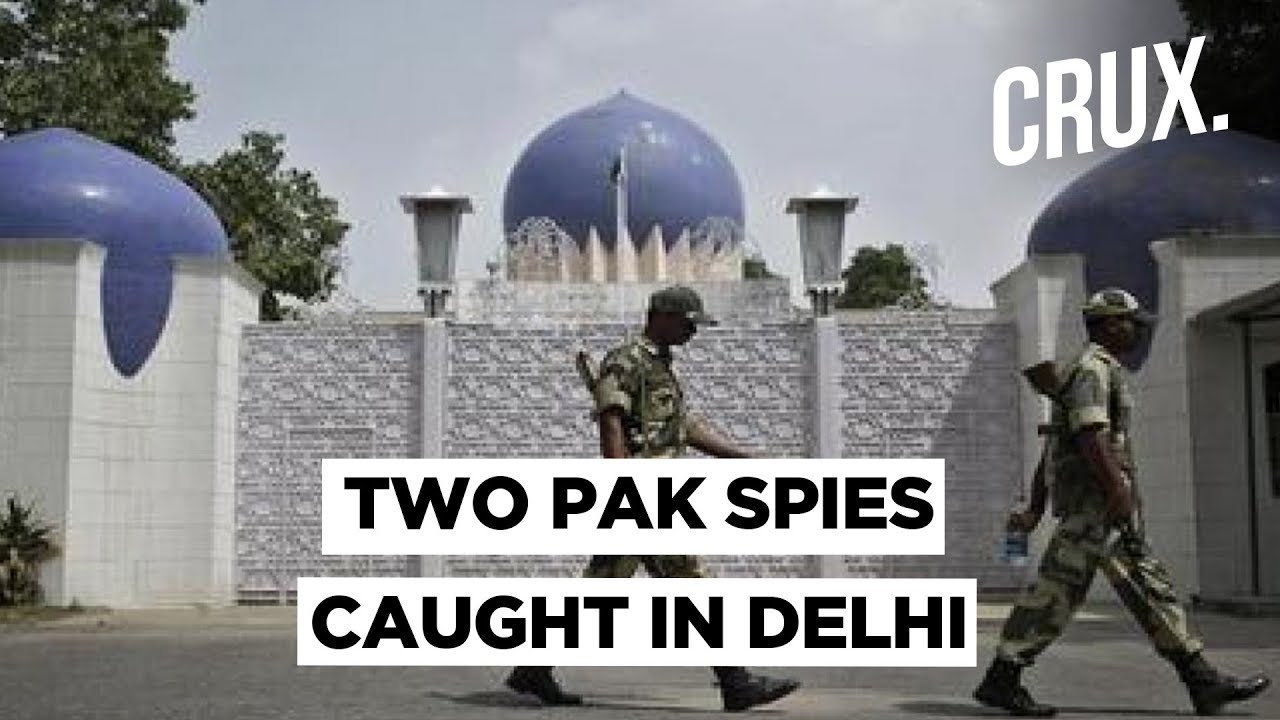 Pakistan’s Foreign Office (FO) said early on Monday that the Indian Charge d’Affaires was summoned for a “strong demarche”, conveying Pakistan’s condemnation of the decision to declare two officials of the Pakistan High Commission in New Delhi persona non grata and rejection of all “baseless” allegations against them.

Pakistan also conveyed that the Indian action was in “clear violation” of the Vienna Convention on Diplomatic Relations and the diplomatic norms, the FO said.

Earlier, Pakistan’s Foreign Office said that the two staff members of the Pakistan High Commission in New Delhi were lifted by the Indian authorities on May 31 on “false and unsubstantiated charges”.

It said the action was “clearly aimed” at shrinking diplomatic space for the working of the Pakistan High Commission in Delhi.

“Pakistan strongly rejects the baseless Indian allegations and deplores the Indian action which is in clear violation of the Vienna Convention on Diplomatic Relations as well as the norms of diplomatic conduct especially in an already vitiated atmosphere,” it said.

The two officials were, however, released on the High Commission’s intervention, it said.

The officials, working at the visa section of the Pakistan High Commission, confessed during the interrogation that they worked for Pakistani spy agency ISI, official sources in New Delhi said.

The punitive action against the two officials came in the midst of frayed ties between the two countries over the reorganisation of Jammu and Kashmir by India.

Pakistan had downgraded diplomatic ties by expelling the Indian High Commissioner in Islamabad following India’s decision to withdraw the special status of Jammu and Kashmir and bifurcate the state into two union territories in August last year.

Pakistan and India were almost on the brink of war in 2019 following the Pulwama terror attack on February 14 that killed dozens of CRPF soldiers and prompted India to carry out air strikes on terror camps in Pakistan.

The MEA said a strong protest was lodged with the Charge de Affairs of the Pakistan High Commission over the activities of its two officials against India’s national security.

The sources said the two officials were handing over Indian money and an iPhone for providing them the sensitive documents.

They initially claimed that they were Indian nationals and even produced fake Aadhaar cards, the sources said.