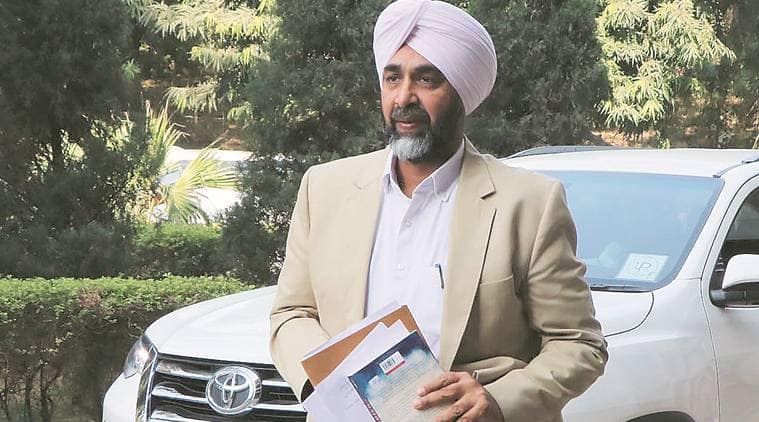 Commenting on the completion of one year of the second term of the NDA government, Badal said the Prime Minister Narendra Modi led-Centre had totally failed to protect the interests of the country at the international level.

Punjab Finance Minister Manpreet Singh Badal on Monday said people are fondly missing the government of Dr Manmohan Singh, who “led the country to prosperity”. Slamming the BJP-led Centre, he said that “its immature economic policies” are pushing the country towards bankruptcy, and oscillations in foreign policy have tarnished the image of the country in the international arena.

“Today people were remembering and recalling the tenure of former Prime Minister Dr Manmohan Singh who managed the country’s economy well despite the global recession in 2009-10,” the minister said.

After listening the grievances of the people of Bathinda constituency, Manpreet said all decisions taken by the NDA government on the economic front since the implementation of demonetisation have been proved to be “anti-traders and anti-industry” and these decisions have had a “deleterious effect on the entire population”.

Commenting on the completion of one year of the second term of the NDA government, Badal said the Prime Minister Narendra Modi led-Centre had totally failed to protect the interests of the country at the international level. Today even old allies like Nepal have turned unfriendly, which was a testament of the failure of the Union government’s foreign policy, he said.

Responding to a question, Badal clarified he had never put any resolution to discontinue the supply of free electricity to the farmers. He reiterated that the farmers of Punjab would continue to get free electricity facility on the same lines as before. He said the people of the state have shown faith in the policies of the Capt Amarinder Singh-led state government by giving their votes in all the elections since 2017.

Interacting with the shopkeepers in Hospital Bazaar and Sirki Bazaar, the finance minister assured that the government would formulate its further policies as per suggestions received from them to help them out from the losses caused by the lockdown.

Meanwhile, he met an injured Hira Lal in the market of Bathinda and immediately extended Rs. 10,000 help and sent him to the civil hospital for treatment. He gave Rs 5,000 to another disabled Binu Ram. He also gave assurance to waive the education fee of the daughters of Ram Singh, who operated a chhole bhatura rehri, and has three daughters.