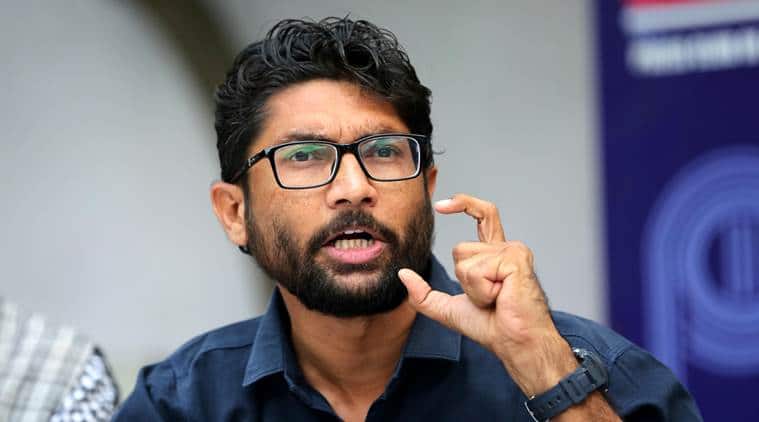 Jignesh Mevani was elected as an Independent MLA from Vadgam seat with the support of the Congress as the opposition did not field any candidate from there.

Prime Minister Narendra Modi has executed a “lethal surgical strike” on 125 crore Indians by not providing jobs and implementing the note ban and the Goods and Services Tax (GST), Dalit leader Jignesh Mevani has said.

His comments came days after TV channels aired footage of the September 2016 surgical strikes by the Indian Army on terror launch pads across the Line of Control (LoC).

Demonetisation and implementation of the GST were bigger “surgical strikes” than what was carried out by the Army in Pakistan-occupied Kashmir, he alleged.

The MLA from Vadgam seat in Gujarat was speaking to reporters at Palanpur town in Banaskantha district yesterday.

“Modiji had promised to give jobs to two crore people. By not providing those jobs, he did surgical strike on youths. He also did it on the media by not ensuring the implementation of the Majithia Commission’s recommendations,” the Dalit leader claimed.

“This way, Modiji’s surgical strike is far more lethal because such strike was done on 125 crore people of this country,” he charged.

Mevani was elected as an Independent MLA from Vadgam seat with the support of the Congress as the opposition did not field any candidate from there.

The Congress had earlier accused the Modi government and the BJP of politicising the surgical strikes after a video footage of the same was released last week.

Mon Jun 1 , 2020
(File photo) BENGALURU: Infosys is undertaking a major restructuring at the higher levels in order to flatten the organisation and make decision-making faster. As part of this, the company will trim its workforce at job level (JL) 7 and above, those in the ranks of delivery managers, industry principal (the […]