PM Modi’s poser to BJP leaders in UP: What have you done to increase mandate 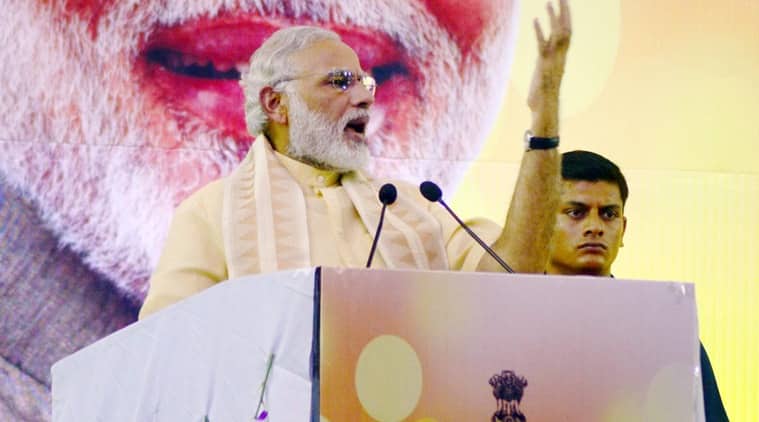 It wasn’t a very comfortable day for local BJP leaders when PM Narendra Modi made his third visit to Varanasi Friday. Reason: while holding a closed door meeting, the PM took stock of the efforts made by the leaders in his Lok Sabha constituency.

“Bataiye bhaiyya, sangathan ne aisa 2-3 maah me kya kiya jisse hamara janadhar badha (Tell me, what has BJP done in the last two-three months to increase the mandate for the BJP)?,” a source present in the meeting quoted the PM as saying.

Sources said, over a half a dozen leaders were allowed to speak with most praising the central schemes. A leader suggested that the mandate could be increased if party workers moved among the public everyday and reached every section of society with schemes such as Atal Pension Yojana, PM Jeevan Suraksha Jyoti Yojana, PM Suraksha Bima Yojana, PM Jan Dhan Yojana, Sukanya Samriddhi Yojana and Beti Bachao-Beti Padhao Yojana.

The PM reportedly asked the leaders to focus on implementation of Swacch Bharat Abhiyan in Varanasi by running campaigns to clean streets as it will draw the attention of public while the Opposition would not be able to criticise any such work.

After the meeting, when PM reached DLW ground for launching infrastructure projects, local mayor Ram Gopal Mohle, local BJP MLAs and MLCs were not present. BJP’s Kashi region president and MLC Laxman Acharya and Chandauli MP Mahendra Nath Pandey, who were addressing the public, were also nowhere to be seen after PM reached the venue.
Acharya, however, claimed that the PM was happy with the the work of the party organisation. “MLAs and Mayor had left early to reach the airport to see off the PM. Hence we were not present at the event,” Acharya claimed.