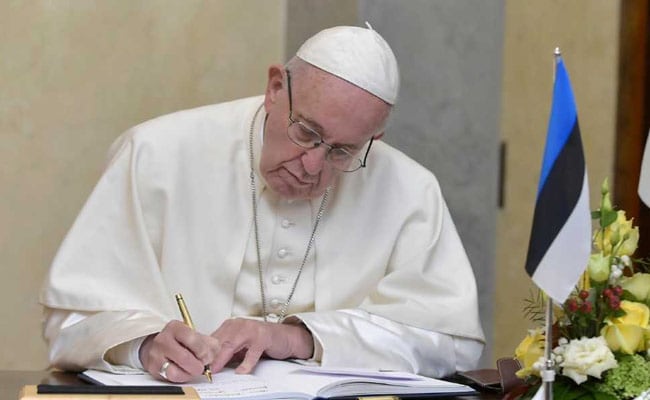 Pope Francis called for national reconciliation in the United States on Wednesday, saying that while racism is intolerable, the street violence that has broken out is “self-destructive and self-defeating”.

Francis broke his silence on the tensions in the United States, which has seen eight nights of protests over the death of a black man in police custody, by dedicating the entire English-language section of his weekly audience to the turmoil there.

He called the death of George Floyd “tragic”, said he was praying for him and all who had died as a result of the “sin of racism”, and said he was greatly disturbed by the social unrest that has followed.

“My friends, we cannot tolerate or turn a blind eye to racism and exclusion in any form and yet claim to defend the sacredness of every human life,” Francis said.

“At the same time, we have to recognise that the violence of recent nights is self-destructive and self-defeating. Nothing is gained by violence and so much is lost,” he said.

He asked Americans to implore God for “the national reconciliation and peace for which we yearn” and asked the Madonna to “intercede for all those who work for peace and justice in your land and throughout the world”.