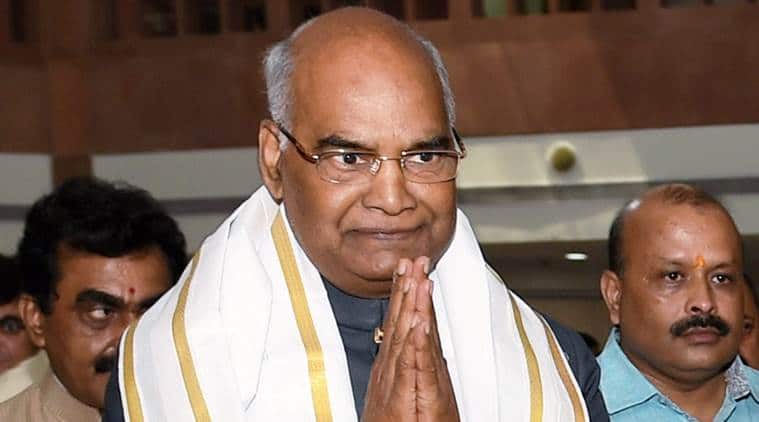 The presidential election ended on Monday, all eyes are now set on July 20 results

Six sacked MLAs of Trinamool Congress (TMC) and lone opposition Congress MLA out of its total strength of 60 in Tripura assembly today voted for NDA’s presidential pick Ram Nath Kovind. “We six MLAs have cast our votes in favour of Ram Nath Kovind. We had announced it earlier itself because we cannot vote for a candidate who was supported by CPI-M,” Sudip Burman, leader of the group of sacked TMC MLAs told reporters.

Burman and five other MLAs were sacked from TMC after they had openly announced their support for Kovind.

Rebel Congress MLA Ratan Lal Nath, who too had earlier announced that he would vote for the NDA candidate, told media that he had voted for Kovind. Additional Chief Electoral Officer Debasish Modak informed that Speaker Ramendra Chandra Debnath cast his vote in the West Bengal assembly as he is in Kolkata for treatment, while the two Lok Sabha members from the state and its individual Rajya Sabha member voted in the Parliament in Delhi.

50 MLAs of the ruling Left Front including Chief Minister Manik Sarkar, Finance Minister Bhanu Lal Saha and Health Minister Badal Chowdhury exercised their rights in the state assembly. The presidential elections that began at 10 am ended at 5 pm, name of the winner and the next President of India  will be declared on July 20.

Tue Jun 2 , 2020
NEW DELHI/SINGAPORE: India’s gasoline and gasoil sales in jumped sharply in May compared with April in a recovery from historic lows, after a partial easing of the lockdown imposed to curb the coronavirus pandemic, provisional sales data showed on Monday. But industry analysts expect a full-scale recovery to pre-COVID-19 consumption […]