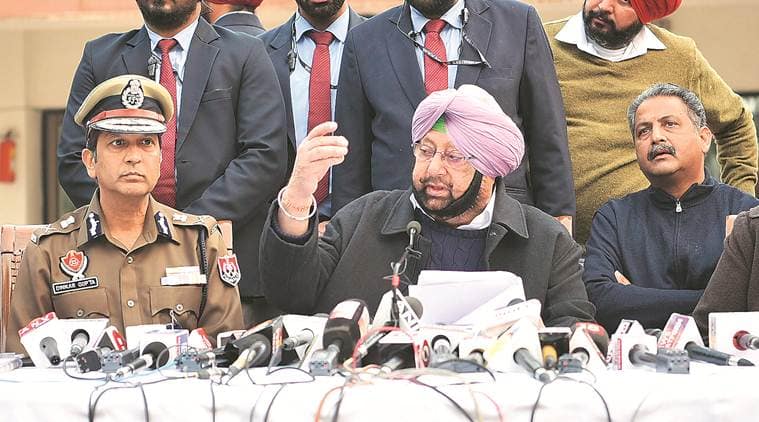 While the Union government rushed to announce that it will bear 85 per cent of the cost of migrants’ tickets after AICC chief Sonia Gandhi said that Congress will pay their ticket fare, over 8.6 lakh migrants — who have applied to leave Punjab for their home states — are not sure as when will their turn to board a train come.

Till Monday, 5.30 pm, over 8.6 lakh people registered on a government portal to leave, out of which 6.8 lakh have sought government transport, while another 1.84 lakh have indicated that they will go on their own.

Though Punjab Chief Minister Amarinder Singh has written to Home Minister Amit Shah to start special trains from May 5 to send stranded migrants home, sources in the government indicated that sending over 6.8 lakh back home on trains and another 1.84 lakh on their own will be a huge challenge.

Punjab will need at least about 600 trains with a capacity of 1,500 each to ferry the migrants. Further, the government has to bear 15 per cent cost of their travel. Had the Centre no pitched in, the state would have been forced to spend about Rs 80 crore on their travel.

PPCC chief Sunil Jakhar told The Indian Express that the Centre’s directive to pay 85 per cent of the migrants’ ticket fare seemed to be an afterthought.

“I got the directive of the party president Sonia Gandhi and spoke to the CM, who immediately asked the Chief Secretary to bear the cost of the travel. I can only say that it was an afterthought of Union government because their earlier SOP two days ago did not mention about bearing the cost.”

He added, “Better late than never…It was a blatantly anti-poor decision to charge train fare from migrant labourers who are jobless for 40 days and hence without any money.”

CM Amarinder Singh, in a tweet late on Monday evening, said:”@PunjabGovtIndia stands with migrant workers in this challenging hour & will continue ensuring livelihood, food & shelter. As suggested by #SoniaGandhi Ji, we will pay railways for the travel of migrant workers.”

Meanwhile, the helpline for migrants who want to go out of Punjab is still operational and registrations are on. This helpline started on May 1 at 9 am and was to close at 9 am on May 3. But it has been extended with no timeline to close it. “More registrations of migrants are expected and the number can exceed 10 lakh by tomorrow,” said an official.

In addition to this, the Punjab government is also confused after the recent notification of Ministry of Home Affairs (MHA) which stated that states should facilitate the movement of only stranded persons who had moved from their native places/workplaces just before the lockdown period, and could not return.

Santosh Kumar, who is from district Gonda of UP, said,”It is a shame that MHA is now saying that the ones who came in March and got stranded due to lockdown will be sent back home, but not those who are jobless. We have got ourselves registered. Pata nahi, hamara number train mein jane ka kab aayega.. soch rahein hai.. khud he chale jayein(no idea as to when will our number come, we are thinking of going on our own now).”

At the same time, officials are also clueless about making this distinction. Many people who have registered are daily wagers. Going by the day one trends, out of 8.6 lakh, nearly 7.5 lakh want to go to UP and Bihar which is 87.2 per cent of the total and many of them have again started planning to walk or cycle down to their villages.

Sensing the growing restlessness, authorities on Sunday night held a meeting with migrants to counsel them.

On Monday, applicants from Ludhiana had reached 4.8 lakh followed by Jalandhar at 95,000. However, though UP, Bihar are the favourite destinations of migrants, officials were surprised to know that people from Andaman and Nicobar islands, Daman and Diu, Dadra and Nagra Haveli had also come to Punjab for work. A total of 13 persons from Andaman and Nicobar want to go back, while 2 migrants from Daman and Diu want to return. A total of 11 persons from Goa are also working in Punjab as per the applications received, while 15 hail from Dadra and Nagra Haveli. “It is easy to send people to UP and Bihar with sure shot destination points, but sending someone to Andaman and Nicobar Islands will be a challenge.” said an official on Covid duty.

Meanwhile, maximum applicants are from Ludhiana that houses people from 28 states and 4 UTs. Also 14,577 applicants from Kapurthala want to go to 35 states and UTs.

District Applicants States & UTs they are from: