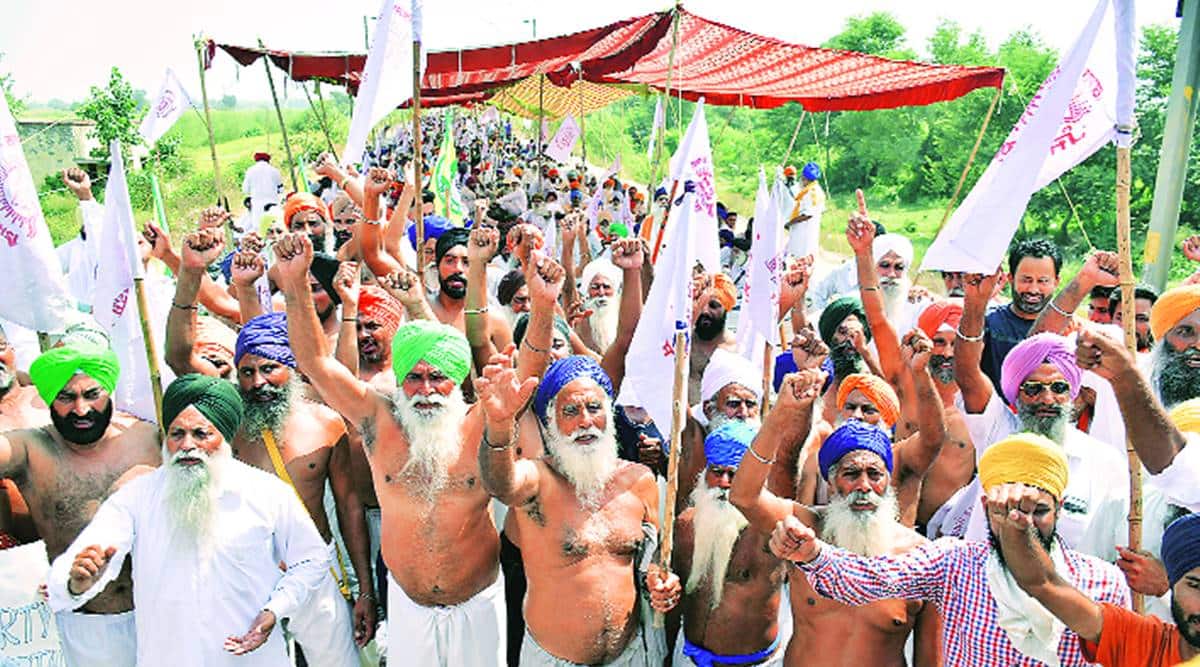 The agitating farmers in Punjab Saturday extended their ‘rail roko’ agitation that began Thursday by three days till September 29 following which the Ferozepur Railway Division decided not to run trains on Sunday. Earlier, farmers had decided to block trains till September 26.

“We have decided not to operate trains on September 27 as farmers are still squatting on some rail tracks in Punjab,” Divisional Railway Manager Rajesh Agrawal said. The next decision will be taken on Sunday evening as per prevailing circumstances, he said.

A group of 31 farmer outfits in Punjab have already announced an indefinite ‘rail roko’ protest from October 1.

The call for the ongoing ‘rail roko’ agitation was given by the Kisan Mazdoor Sangharsh Committee (KSMC) after which 20 trains were partially cancelled and five short terminated till September 26 by the Railways. Bharti Kisan Union (Ugrahan) has extended support to the ‘rail roko’’ call.

The farmers continued to squat on the tracks in different parts of the state raising slogans against the BJP-led Union government while demanding the rollback of the three contentious farm Bills cleared by the parliament recently. In Amritsar, a group of protesting farmers went shirtless to express their anger against the farm Bills.

“Farmers have taken off their ‘kurtas’ and shirts to make the government hear our voice,” said KSMC general secretary Sarwan Singh Pandher.

KSMC president Satnam Singh Pannu said, “We have been on roads for more than 20 days now. Earlier, we blocked bridges on Sutlej and Beas river and now we have blocked the train tracks. We have left our houses to save our fields, the labourers and the ahrtiyas. Now we will increase rail roko points at Jalandhar, Mukerian and few other places in Doaba and Majha regions”.

Kokri Kalan said elders, women, youth and children also participated in protests. “We had extended support to the KMSC call for 48-hour rail roko. On Sunday, we will take a call on whether or not to support to the extended duration of agitation not,” Kokri Kalan added.

Sun Sep 27 , 2020
JODHPUR: The administration has announced weekend lockdown on Saturdays and Sundays in Jodhpur amid exponential rise in positive cases in the city and miserable depletion of resources in hospitals. The two-day lockdown, second after a similar one in August, began from Friday night and will continue till 6am on Monday. […]