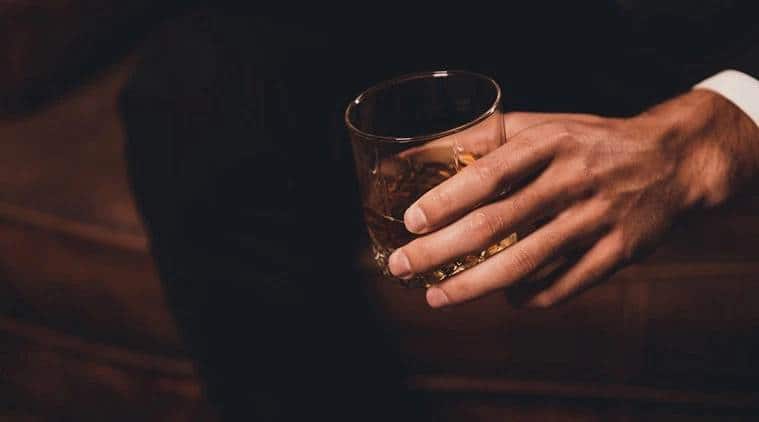 Khanna MLA Gurkirat Kotli, when contacted, said, “Kulwinder’s family has been traditional Congress supporter and led a party faction at their village Kaddon. They know us as Congress supporters. I do not support or shield any illegal activity.” (Representational Image)

The Crime Investigation Agency (CIA) staff of Khanna police Wednesday arrested a liquor contractor in connection with the illegal distillery that was busted on April 22. With this the police have arrested nine persons in the case.

Cheap liquor being manufactured at the distillery located at village Bahomajra was being bottled as high-end brands and supplied for sale during lockdown.

Khanna CIA staff arrested liquor contractor and Congress worker Kulwinder Singh Kala of village Kaddon in Ludhiana. Police said that his name has been nominated in the FIR registered in the Bahomajra distillery case.

Khanna SSP Harpreet Singh said that main accused Harvinder Singh alias Manga Chadha, during his interrogation revealed that Kulwinder Singh too had purchased the liquor manufactured at the distillery and supplied it ahead. “Chadha is the kingpin of the gang that was operating the illegal liquor factory and during his interrogation, he revealed the names to whom he had supplied liquor during the lockdown. According to Chadha, he supplied at least 200 boxes of liquor to Kulwinder,” said SSP.

A native of village Kaddon, in Payal sub-division, Kulwinder is said to be close to two Congress MLAs from Ludhiana rural (Payal & Khanna).

Khanna MLA Gurkirat Kotli, when contacted, said, “Kulwinder’s family has been traditional Congress supporter and led a party faction at their village Kaddon. They know us as Congress supporters. I do not support or shield any illegal activity.”

Payal MLA Lakhbir Singh Lakha, meanwhile, said, “Kulwinder’s family has been a traditional Congress supporter and associated with our party since generations. He is a known liquor contractor. How would we know if during the lockdown, he was purchasing and selling liquor from this illegal distillery? He has been arrested if he did something wrong.”

Khanna police had busted the distillery on April 22. It had claimed that illicit liquor was being manufactured there during lockdown, packed and being sold in bottles of premium brands with supply to different states. Police had recovered 413 boxes of liquor packed in bottles of different brands, 19 drums of ENA spirit (3,800 liters), another 1,444 boxes of liquor which was ready to be filled in bottles and Rs 5.82 lakh in cash during raid on April 22 and FIR was registered under sections 420, 465, 468, 471 and 269 of IPC and 61/1/14 of the Excise Act and 51 of Disaster Management Act at Khanna Sadar police station.

Subsequently, during interrogation, Chadha also revealed buying ENA spirit from Bhupinder Singh alias Bhinda of Patiala whose godown was also raided and where police recovered 17 drums of spirit (3740 liters) and eight drums of chemical (1760 liters), used as raw material. An FIR against him was registered at Shambhu police station of Patiala. He, however, is absconding.

Chadha’s interrogation also led to arrest of another accused Jasvir Singh alias Jassi who had allegedly supplied 500 boxes of illicit liquor in Samrala area. Two boxes of whiskey were recovered from him.

Twelve other FIRs are already registered against Chadha including that for corruption and under Excise Act at different police stations in Punjab and Rajasthan. In Punjab, he has been booked by Patiala, Fatehgarh Sahib, Rajpura and Sangrur police in different cases and three FIRs are registered in Rajasthan.