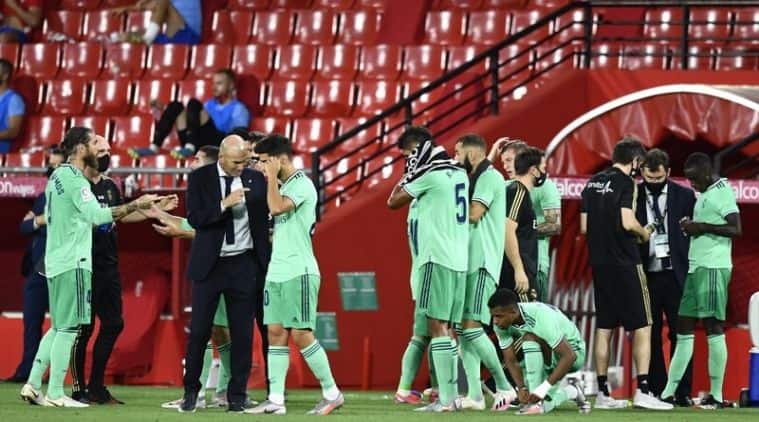 The Spanish league trophy will be sitting by the field at the Alfredo Di Stéfano Stadium on Thursday, with Real Madrid a win away from lifting it for the first time in three years.

Madrid will have its first chance to clinch the title when it hosts Villarreal at the Di Stéfano following a long season that was in jeopardy because of the coronavirus pandemic. It enters the second-to-last round with a four-point lead over Barcelona, which faces Osasuna at the Camp Nou at the same time.

Madrid needs two points from its last two matches to secure its 34th league title — and first since 2017. It can also lift the trophy with a loss if Barcelona fails to defeat Osasuna.

It would be Madrid’s first league title since Cristiano Ronaldo left to join Juventus two seasons ago, and the first since coach Zinedine Zidane returned from a short break.

Barcelona won the last two league titles and was at the top this season when the coronavirus pandemic struck, but Madrid has been perfect since the break, winning nine straight. 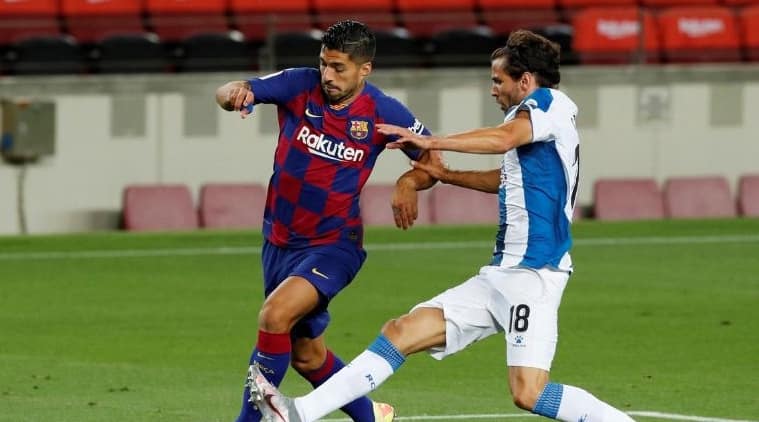 Barcelona seemed in control but endured an up-and-down run after the break, drawing three matches and losing its advantage at the top. (AP)

“When we returned from the confinement after being stuck at home for almost three months, I could see that the players wanted to achieve something big,” Zidane said Wednesday. “I could see it during the training sessions, I could see it in how they were practicing.”

Madrid had lost three of its last four matches before the league was interrupted in March.

Barcelona seemed in control but endured an up-and-down run after the break, drawing three matches and losing its advantage at the top. Coach Quique Setién, under pressure because of the team’s results and lackluster performances, knows his club faces a tough task trying to overcome Madrid’s advantage.

“It’s not over yet, anything can happen,” said Setién, who took over from Ernesto Valverde in January. “But it will be very difficult for us. You need a loss from a team that has won everything. We will keep fighting until the end.”

Barcelona has won eight of the last 11 league titles, with Madrid lifting the trophy in 2017 and 2012.

Madrid will face a Villarreal team that is sitting fifth in the standings and fighting for a Europa League berth. It had one of the best runs following the coronavirus break, winning six of its nine matches.

“It will be one of our most difficult matches,” Zidane said. “It’s a very tough rival, a very good team.”

Thu Jul 16 , 2020
An experimental coronavirus vaccine made by the biotech company Moderna provoked a promising immune response against the virus and appeared safe in the first 45 people who received it, researchers reported on Tuesday in The New England Journal of Medicine. Moderna’s vaccine, developed with researchers at […]