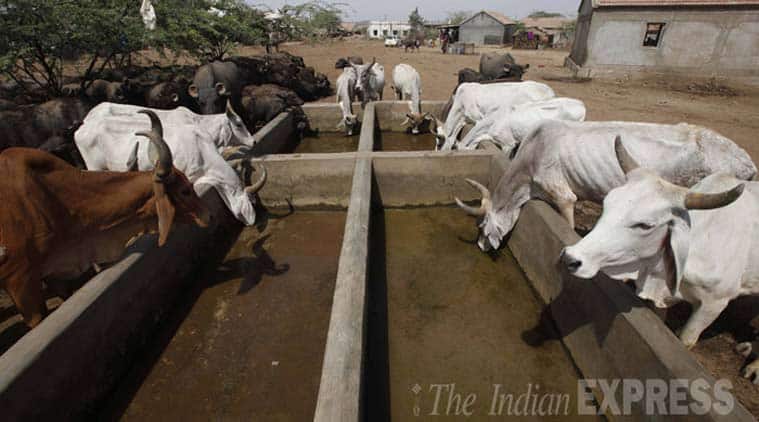 A booklet, Gai aur Islam (cow and Islam), which is a compilation of articles by several Muslim clerics highlighting the importance of cow in the religion, will also be distributed in areas dominated by the minority community.

The Muslim Rashtriya Manch (MRM) will felicitate Muslims who own or rear cows and ask them to take a pledge against cow slaughter. The felicitation will be done at ‘Muslim Gau Palak Sammelans’. The MRM, a minority body backed by the Rashtriya Swayamsevak Sangh (RSS), will also set up 10 cow shelters — Gau Palak Kendra — to be exclusively managed by Muslims in Uttar Pradesh.

A booklet, Gai aur Islam (cow and Islam), which is a compilation of articles by several Muslim clerics highlighting the importance of cow in the religion, will also be distributed in areas dominated by the minority community.
MRM held its first Muslim Gau Palak Sammelan in Haryana’s Mewat district on September 13. The event was attended by Haryana Chief Minister Manohar Khattar and chief of All India Imam Council Imam Umar Ahmed Ilyasi.

“We held the first sammelan of Muslims who own and rear cows in Mewat. The area is known for slaughter of cows and we wanted to dispel the myth. We succeeded in bringing a large number of Muslims to the event,” Mohammad Afzal, national convenor, MRM told The Indian Express.

“Our next target is UP where we will be holding such functions in Muslim dominated areas. We felicitate Muslims who own cows with a certificate, a memento and a shawl,” Afzal said.

He said details about the sammelans to be held in UP will be announced after Bakr Eid.

“We have planned to open 10 Muslim Gau Palak Kendras, which will be owned and managed by Muslims. We want to show our Hindu brethren that Muslims also respect cows,” he said.

Imam Umar Ahmed Ilyasi welcomed the idea of holding such functions. “It is a good idea. We also want to have good relations with Hindus. Cow is considered sacred by Hindus so Muslims should come forward and avoid its slaughter,” Ilyasi said.

Mon Jun 1 , 2020
People queue up for booking railway reservation tickets in Jalandhar on Sunday. (Photo: PTI) As the Central and state governments allow phase-wise relaxation in curbs to get the life up and running again following over two months of lockdown to prevent the spread of Covid-19, we bring you the latest […]