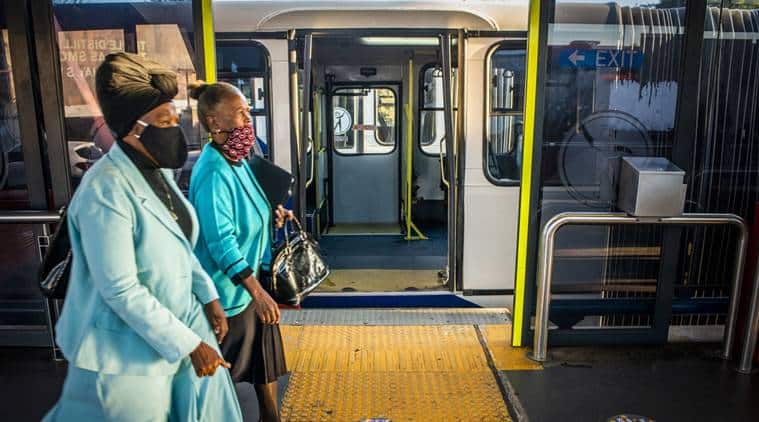 A South African court ruled that revised lockdown regulations implemented by the government as part of a phased reopening of the economy are unconstitutional and invalid, giving the state two weeks to amend them. (Bloomberg)

A South African court ruled that revised lockdown regulations implemented by the government as part of a phased reopening of the economy are unconstitutional and invalid, giving the state two weeks to amend them.

The Gauteng Division of the High Court made the ruling earlier on Tuesday, Cabinet spokeswoman Phumla Williams said in an emailed statement. The decision applies to all regulations excluding the closing of South Africa’s borders and the shuttering of nightclubs and casinos, among others, court documents show.

South Africa is emerging from two months of a strict lockdown imposed by the state to curb the spread of the coronavirus. In March, the government shut down everything barring essential services like hospitals and food shops — under regulations known as alert level 5. It’s gradually relaxed the measures, with the country moving to level 3 as of Monday.

Liberty Fighters, a Pretoria-based human-rights group, challenged the regulations after receiving complaints from property tenants who were unable to pay their rent because of their lack of employment. The group also represented 90 hairdressers, who are being deprived of income because they’re not allowed to work until restrictions are eased to level 1, or two further stages, Reyno de Beer, the founder of the group, said by phone.

“I was simply sick and tired of people crying in my ears and decided to bring an end to it,” De Beer said. “We’re confident that the government will make changes and ease the restrictions to allow more people to go back to work.”

In his ruling, Judge Norman Davis questioned the rationality of some of the regulations imposed by the government to curb the spread of Covid-19, including what he termed the “perplexing” limitations on exercising that focused on restricting the hours people could go outside, rather than limiting their contact with others.

“Similarly, to put it bluntly, it can hardly be argued that it is rational to allow scores of people to run on the promenade but were one to step a foot on the beach, it will lead to infection,” Davis said.

Exercise at all times is allowed under level 3 regulations, but beaches and parks remain closed.

The cabinet will make a further statement once it has fully studied the judgment, Williams said.

The ruling doesn’t apply to a ban on the sale of tobacco products as that is the subject of a separate court case.