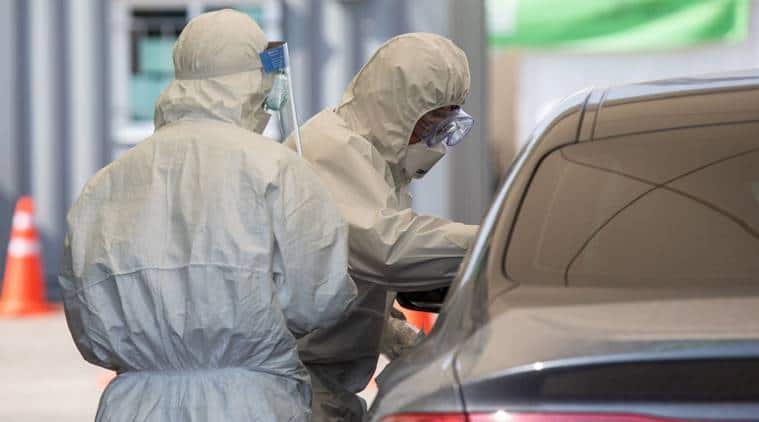 Six of the new cases, including five in the capital area, were linked to international arrivals.

South Korea has reported 17 new cases of COVID-19, the first time its daily jump came down to the teens in nearly a month, as health authorities scramble to contain a resurgence of the virus centered around the greater capital area.

The figures released by the Korea Centers for Disease Control and Prevention on Monday brought the national caseload to 12,438 cases, including 280 deaths. The country over the past two weeks has been reporting 40 to 50 new cases per day amid increased public activity and eased attitudes on social distancing.

There has also been an uptick in imported cases, mostly from passengers arriving from southwest Asia, prompting authorities to halt providing new visas for travelers from Pakistan and Bangladesh.

Twelve of the new cases reported Monday were from the Seoul metropolitan area where authorities have struggled to keep track of hundreds of transmissions linked to nightspots, restaurants, church gatherings and low-income workers such as door-to-door salespeople and warehouse employees who couldn’t afford to stay home.

Six of the new cases, including five in the capital area, were linked to international arrivals.

The monthlong rise of infections in the densely populated capital area have raised concerns that the country is sleepwalking into another major crisis after containing its first wave centered around the southeastern city of Daegu.