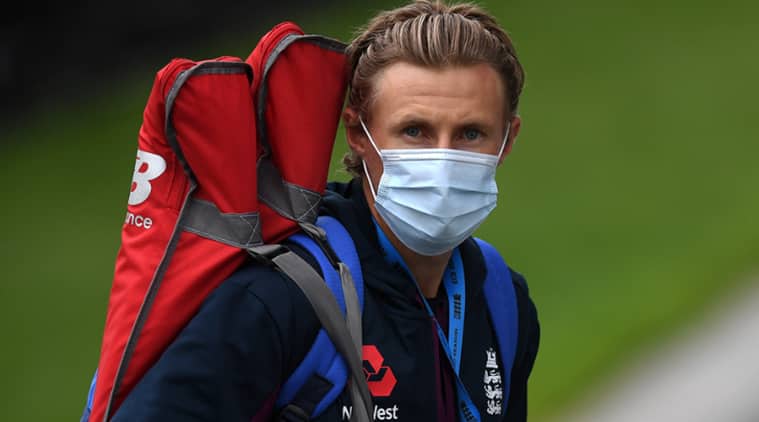 Before the pandemic changed perceptions and priorities of life and sport, the raging debate in England cricket was whether Joe Root should be unburdened off captaincy. Not that his batting had blacked-out—he averages a shade under 43 as skipper, streets ahead of his teammates—but at a time when England’s batting stocks have worn the thinnest in two decades, they could ill-afford to lose their best-of-the-generation batsman to the rigours of captaincy.

Not that Root wasn’t scoring runs, just that he could’ve scored many more if he was free of responsibility. Post lockdown, they are in no mood to debate. After middling efforts in both innings in Southampton, England are just happy to see Root, who missed the first Test due to paternity break, back again. In his absence burned the abjectness of his colleagues’ ineptness. Everything from technique to temperament was laid bare by a resurgent West Indies pace quartet.

Any mention of West Indies and pace quartet invokes equal dread and romance, just as any reference of England’s batting capitulation evokes irrepressible jokes and deja vu. For three decades, it was the oft-repeated theme—from the day Clive Lloyd unleashed four horsemen and apocalypse on them to the dying days of that great fast bowling tradition, from the day England batsmen started copping blows and fearing for their lives to the time they began stacking a crew of world-beating batsmen themselves. Like a vicious cycle, when England batting improved, West Indies fast bowling regressed. And vice versa.

A watered-down version of the once-familiar narrative unfolded in Southampton, where Jason Holder and Co ran Ben Stokes and friends ragged. The England batting firm is not as abysmal as those they fielded in the mid-90s, just as the West Indies’s fast bowlers aren’t quite Michael Holding or Patrick Patterson. There are other protagonists, England metronome James Anderson, who has collected almost as many wickets as the four Caribbean quicks combined, and his retuning friend Stuart Broad. West Indies’s stonewaller Kraigg Brathwaite could furnish England counterparts a crash course on batting time. But invariably, after the Southampton Test, the central theme couldn’t waver from the England batsmen versus West Indies pacers trope, whether Root-bolstered England could quell a Holder-inspired West Indies.

That England have a Test-batting crisis has been blowing for a while and now threatening to explode into a full-blown storm. In the last two years, seven times have they been bundled out for less than 150. Trent Boult and Tim Southee swung them out for 58, Kemar Roach and Jason Holder medium-paced them for 77, Aussie quicks blasted them for 67. Even Ireland rolled them up for 85.

The tour to South Africa brought relief. Some youngsters came of age — Ollie Pope struck his maiden Test hundred, Dominic Sibley faced 774 deliveries and Rory Burns showed crab-like tenacity in the fine tradition of England openers. Wiser though were some of the English critics who pointed that the pitches were largely flat, Kagiso Rabada was mostly off-colour, Vernon Philander had aged (and he duly retired after the series) and the new crop was grossly wayward. They weren’t scrutinised like predecessors in the Steyn-Morkel pomp. So the successes of these youngsters came with caveats, and hence the English media stayed guarded in their assessment.

After all, their numbers remain middling. Burns averages 33 in 31 innings, his opening partner Sibley’s corresponding numbers read 37 in 12, Zak Crawley’s is 31 in eight, Jos Buttler’s 31 from 75 outings, the dashing ‘keeper-batsman quickly running out of chances and Ben Stokes’s 36. Pope, with 41, is the England batsman other than Joe Root with a 40-plus average. The verdict was reserved till the home summer, where West Indies and Pakistan would descend with a phalanx of quality bowlers. 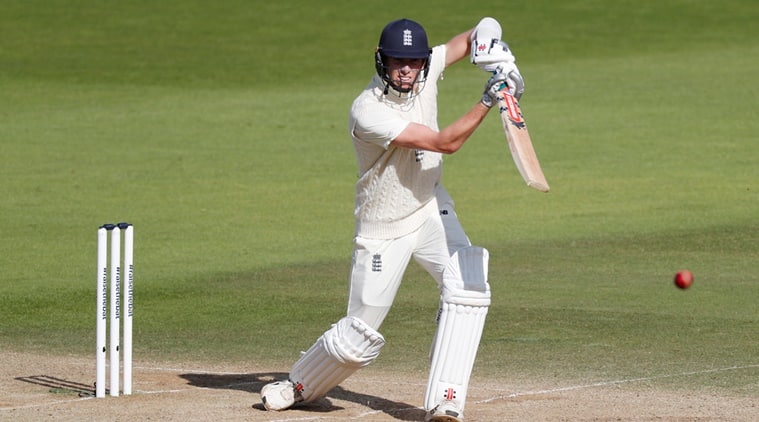 Zak Crawley’s 76 was the highest score for England in either innings of the 1st Test. (Reuters)

It’s not like England were oblivious to the Caribbean threat. Not after they were walloped 2-1 early last year by the same personnel. Four of the England batsmen featured in that series. Yet, they were utterly helpless in chalking plans to counter them. For Roach, Holder, Shannon Gabriel and Alzarri Joseph, it was just a matter of repeating the same old strategies.

They are a brilliantly devastating than a devastatingly brilliant unit, their success built on patience and skill than speed and hostility. They don’t look to intimidate—even the most imposing of them all, Shannon Gabriel, doesn’t threaten your life. They seldom target the ribs or heads, barely striving for blinking pace. When this group dissembles, Roach and Gabriel are already into their 30s, they would not be remembered with as much as awe or romance as their heyday stalwarts. But more as honest performers of a difficult trade. And they are the best to have flown out of the islands since Ambrose, Walsh and Ian Bishop.

This simplicity makes them all the more dangerous. The awareness that you knew what they could do but couldn’t prevent them from ravaging you. Gabriel and Alzarri hitting the deck, Roach and Holder striving for seam and swing. Methods overlapping, this is what they do. It’s like going out on a cloudy day without an umbrella and getting drenched.

Terrific as the West Indies bowled, England batsmen showed little preparedness. It’s where Root would make the difference. It’s why they feel they need him batting with heightened clarity as in the past, why they want him to rightfully reenter the bracket of modern batting greats Kane Williamson, Steve Smith and Virat Kohli. If Root doesn’t score runs and England lose the series, the debates would swirl.

Root aside, it’s time the next generation of England batsmen stamped their quality. And no better a chance than dousing the most skilful quartet of Caribbean bowlers to arrive in England this century.

Thu Jul 16 , 2020
Lucknow/Kanpur: A Kanpur lab technician remained untraced on Wednesday amid allegations that a Rs 30 lakh ransom was paid by his family in the presence of police. A police spokesperson said in Kanpur that a departmental inquiry was ordered against the Station House Officer, Barra, and his team who allegedly […]