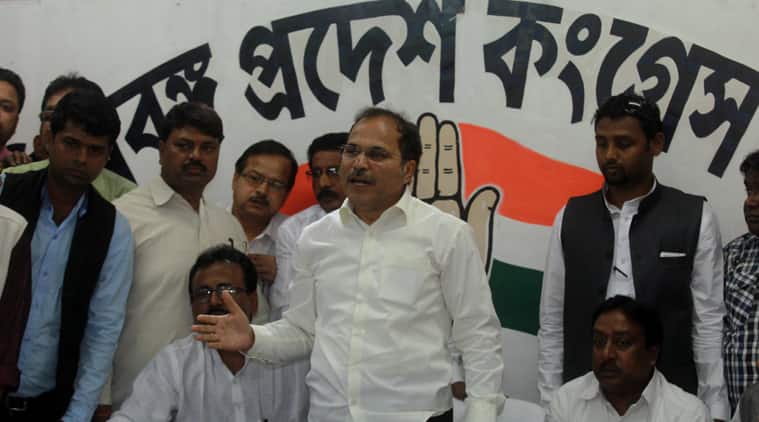 West Bengal PCC president Adhir Chowdhury on Sunday claimed that inner party “tussle” within Trinamool Congress will benefit Congress politically and alleged that party’s general secretary Mukul Roy is being cut to size so the Mamata’s nephew could flourish politically.

He also mocked TMC chief Mamata Banerjee for “not standing” beside Roy in his time of crisis.

“When Mukul Roy is in trouble his party supremo Mamata Banerjee is not standing by her side. Roy has done misdeeds under the instructions of Banerjee and now she has left him in the cold,” Chowdhury told reporters.

“Mukul Roy’s wings are being clipped in order to help Banerjee’s nephew Abhishek flourish politically. And BJP is trying to take advantage of the inner party tussle in TMC and is trying to fish in troubled waters by using Roy to spilt the party.

“But the inner party tussle in TMC will help Congress to grow politically. This is because TMC was is born out of the womb of Congress,” Chowdhury said.

Chowdhury’s comments came a day after Roy, who is under CBI scanner for his alleged involvement in the Saradha scam, was left out by the TMC supremo in a major organisational shake-up on Saturday.

On the results of the by-elections to Bongaon Lok Sabha seat and Krishnagunj Assembly seat on Monday, he said, “We don’t want to boast that we will win. It is a well known thing that we are on a weak pitch. Our main challenge will be to save our deposit in both the seats.”