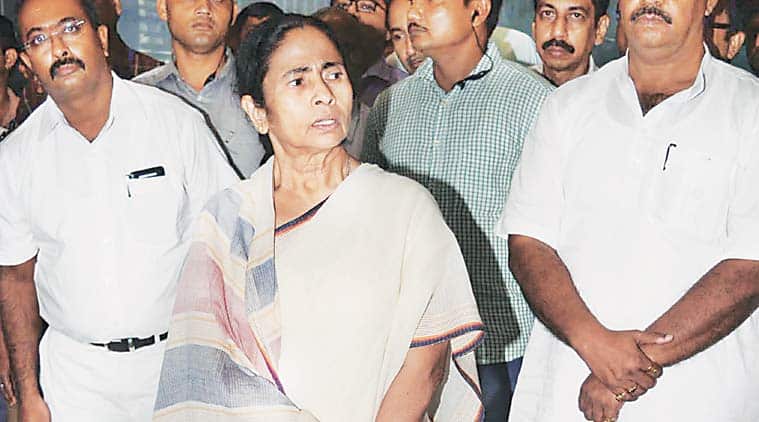 Chief Minister Mamata Banerjee left for Delhi on Monday evening and is scheduled to meet Prime Minister Narendra Modi on Tuesday. She is expected to raise several financial demands, primarily on account of the recent floods.

Before leaving for Delhi, Mamata said she had taken stock of all the flood-affected districts. The water was receding but enteric diseases (caused by viruses and bacteria that enter through the mouth) were reported in some areas, she said.

“The total loss has been estimated to around Rs 30,000 crore. I will ask for a waiver of loans for farmers, who have lost their crops and ensure they can go for alternative cultivation,” Mamata said before leaving for the airport. “The district magistrates have told me there was adequate relief material at all the 12 affected districts in south Bengal,” she added.

A task force has been set up for round-the-clock monitoring of the situation, Mamata said. District magistrates and other administrative staff have been asked to monitor flood relief. The CM brushed aside allegations of partisan relief measures levelled by Opposition parties.

The Mamata-Modi meet will take place a day before BJP president Amit Shah visits Kolkata to review the party’s position in Bengal. Shah’s last visit had generated heat within the BJP as he had reportedly told party leaders to focus on 2019 Lok Sabha elections instead of the 2016 Assembly polls. Many had interpreted this as a tacit acknowledgment that the BJP could offer little resistance to the Trinamool Congress in Bengal in 2016.

There have been recent reports of Trinamool supporters, who had switched over to the BJP, returning to the TMC fold. Also, there was a distinct lowering of the BJP’s level of belligerence towards the Trinamool. The Trinamool, on the other hand, had been largely supportive of the BJP’s agenda in Parliament, including the GST Bill. The only exception had been a dogged opposition to the land acquisition amendment Bill.

During her meeting with the Prime Minister, Mamata is expected to raise several issues including the release of water from Damodar Valley Corporation dams in Jharkhand, which she claims is the main reason for the floods in Bengal. She will also ask Modi to take up the issue of renovation and dredging of reservoirs by the Ministry of Power and Energy. She had earlier discussed the matter with Power Minister Piyush Goyal.

Mamata, who left for Delhi armed with detailed reports of the damage caused by the floods, plans to ask the Centre to release the funds as early as possible, state government officials said. As vast tracts of agricultural lands were submerged, Mamata has been insisting on agricultural loan waiver for farmers. She will also demand additional grants for alternative agricultural activity on land in which standing crops have been damaged.

Her other financial demands will include grants for border regions and Left-wing extremism-affected districts, as well as expeditious release of funds for enclave exchange. The state will receive about Rs 2,500 crore for rehabilitation of those who have become Indian citizens.

While Opposition leaders like CPM’s Surya Kanta Mishra and Congress’s Adhir Chowdhury have targeted Mamata for ‘tacitly’ ensuring the passage of most Bills brought by the BJP government in Parliament, Mamata maintained silence on the issue.