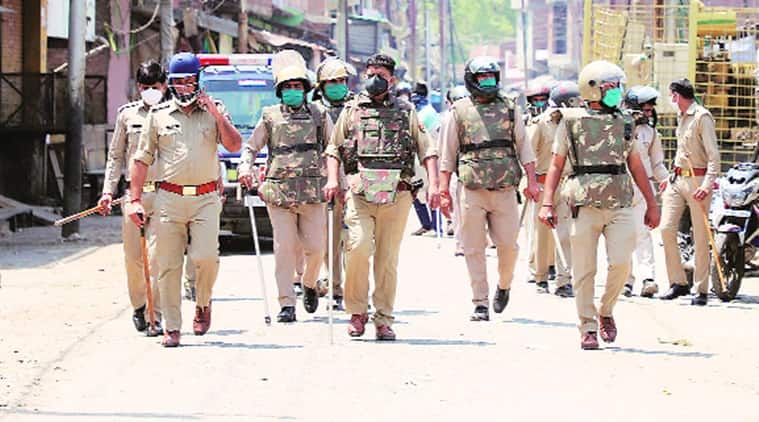 Inspector General, Kanpur Range, Mohit Agarwal said: “Samples of 10 cops have been collected and they have been sent to quarantine.”

Ten policemen in Kanpur district were quarantined on Tuesday after three inmates in a temporary jail tested positive for the coronavirus disease.

The three are among the 20 people arrested from the district’s Jugiyana area on April 29 for allegedly attacking a police team from the Bajariya station after health officials quarantined nine family members of a COVID-19 patient.
The authorities have screened 24 government employees who had been deployed at the jail, and the three prisoners were sent to isolation, said Sisamau Circle Officer Tripurari Pandey. The police station, two police jeeps in which the accused had travelled, and the prison have been sanitised.

Following their arrest, the samples of the 20 prisoners from Jugiyana were collected and they were moved to the temporary prison as a precautionary measure.

On Monday evening, the district administration obtained their medical reports and found three had tested positive.
Bilhaur Tehsildar Avinash Kumar said there were 28 inmates in total in the prison, eight of them members of the Tablighi Jamaat.

“Among the three found positive for test, including a minor boy. The samples of other 25 inmates staying at temporary jail will again be collected and sent for covid test after two days. The jail has been sanitised and scanning of 24 government employees deployed at the jail have been completed,” said Kumar.

Inspector General, Kanpur Range, Mohit Agarwal said: “Samples of 10 cops have been collected and they have been sent to quarantine.”

Last month, after six inmates of Moradabad district jail tested positive, the government ordered authorities to keep accused sent to judicial custody in temporary jails before shifting them to district prisons. Following this directive, 45 temporary jails were opened across the state. At present, they house 642 people, including 222 foreigners.

For all the latest Lucknow News, download Indian Express App.

Thu Jul 16 , 2020
CHENNAI: Tamil Nadu topped among the states in CBSE Class X exam results which were declared on Wednesday. The state secured 99.61% pass percentage. Tamil Nadu was followed by Andhra Pradesh (99.44%) and Kerala (99.30%). Among the regions, Thiruvananthapuram topped with 99.28% pass while Chennai region came second with 98.95%. […]