Violent protests allow Trump to tweet about looting rather than murder by police officer: Cuomo 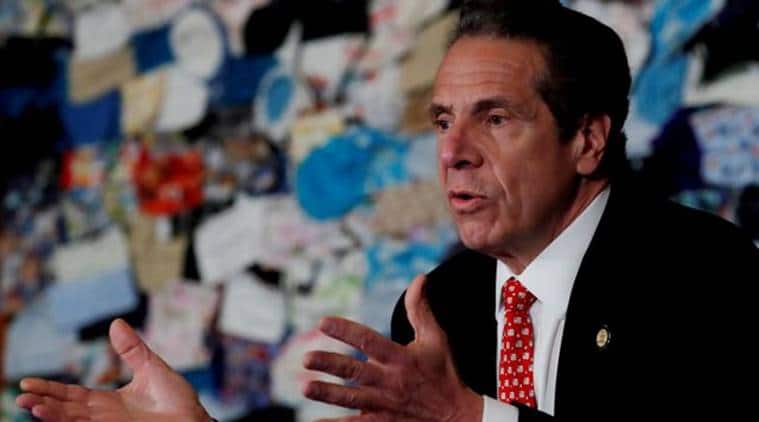 New York Governor Andrew Cuomo has urged the protesters demonstrating against the killing of an African-American man by a police officer in the US to refrain from violence, saying that violent protests give an opportunity to President Donald Trump “to tweet about looting rather than murder by a police officer.”

Nationwide violent protests have erupted in the US after a white police officer kneeled on 46-year-old George Floyd’s neck, killing him on the spot on May 25 in Minneapolis. Trump, a Republican, in a series of Twitter posts on Sunday condemned the violence, calling the protesters anarchists and accusing them of looting stores and harming businesses.

Large scale protests continued in New York City throughout Sunday and in some instances the protesters turned violent and threw glass bottles and trash and set a couple of vehicles on fire. Videos and photos posted on social media showed police officers in riot gear manning the streets and pushing crowds of demonstrators aside.

“When you are violent, it creates a scapegoat to shift the blame. It allows the President of the United States to tweet about looting rather than murder by a police officer. It allows the federal government to politicize what’s going on and to come up with theories blaming the left and the extreme left which only furthers the politics of division,” Cuomo, a Democrat, said.

Stressing that “violence never works,” Cuomo urged for peace and calm and said the state witnessed “an ugly night” as protests turned violent.

Meanwhile, CNN reported that Chiara de Blasio, the daughter of New York City Mayor Bill de Blasio, was arrested on Saturday night alongside protesters. She was arrested near Greenwich Village for unlawful assembly and was later released, police sources said.

Cuomo said he has seen a lot of disturbing videos about the protests and has asked Attorney General Letitia James to review the New York City protests and the actions and procedures that were used. Cuomo also called for standardized police misconduct policies across America, saying that federal and state governments should pass laws requiring police misconduct investigations be conducted by independent, outside agencies – not by local prosecutors.

He called on the federal government to define excessive force by a police officer by one standard all across the nation. The Governor also advocated for the release of disciplinary records of officers who are accused of misconduct.

There is a significant state police presence all across upstate New York and the National Guard is on standby. Cuomo said the outrage of the people over the death of Floyd is understandable but turning to violence and looting dishonours Floyd’s memory.

“How many times have we burned down our own businesses, our own neighbourhoods and our own communities? Burning down your own house never works and never makes sense. Burning down your own struggling businesses, people who are trying to bring back the community never makes sense. “It dishonours Floyd’s death. Floyd was not violent. Floyd was compliant. Floyd wasn’t even charged or accused of a violent crime. There was no violence. That’s what makes the killing more outrageous,” he said.

“People are outraged and I understand that. I am outraged. It’s not just George Floyd’s killing, though that’s enough to outrage a nation. It’s George Floyd, it’s Ahmaud Arbery, it’s Breonna Taylor, all just in the past 3 months. It’s 30 years of Rodney King and Amadou Diallo and Sean Bell and Abner Louima and the same case in states all across this nation, where only the name changes but the colour stays the same,” he said.

Mayor de Blasio said while protesters were across the city, there were a “small number” who chose to commit acts of violence and who are here only unfortunately to “agitate and to attack those who protect us, our police officers. And that’s just unacceptable. I spent a lot of time today in Brooklyn, a lot of time today in Manhattan, and what I saw was some very, very systematic efforts by a very few people to create a negative atmosphere.”

The Mayor said the city hears the demand of the peaceful protesters for change and the need for justice but stressed that violence will not be tolerated.

“We hear you loud and clear. We appreciate and respect all peaceful protests, but now it is time for people to go home. If you went out peacefully to make a point about the need for change, you have been heard and change is coming in the city. I have no doubt about that. It’s time to go home so we can all move forward. But those who are out there simply to create violence, those who are out there to express hatred towards our police officers. We won’t tolerate that. If you’re out there to commit an act of violence, you’re going to get arrested,” he said.