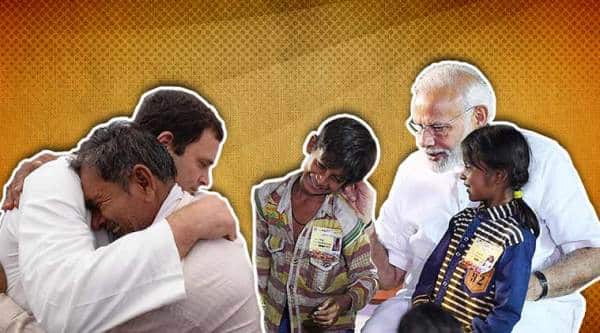 The 2019 Lok Sabha election is clearly the first Instagram election too.

While riding the Delhi metro to visit ISKCON temple, PM Narendra Modi played with a little kid sitting on his father’s lap. This video, a few seconds long, went viral after the PM uploaded it on his Instagram. With over 8.5 million views so far, this post gives us an insight into the different Instagram strategy politicians have deployed as part of their overall social media push for the general elections.

Instagram is a different strategy altogether for most top politicians. Here politics, campaigning and achievements take a backseat as the focus is clearly on relatability, compassion and humility. And this is clearly in contrast to the in-your-face rhetoric on Twitter or Facebook.

The 2014 Lok Sabha elections were clearly India’s first social media polls, with Facebook and Twitter playing a big role in forming the opinions of young voters. By the time Narendra Modi was sworn in as the prime minister of India, his Facebook page had more than 14 million likes, the second most followed political leader after Barack Obama. On Twitter too, his popularity was on a rise as he was the sixth most followed leader.

This is clearly the first Instagram election too. With over 20 million followers, Narendra Modi is the most followed world leader on this platform as well. Though the first post came in November 12, 2014, just six months after taking over as PM, Modi has made less than 300 posts, all well-curated to appeal to a younger audience.

Although some of his pictures and videos also appear on his Twitter and Facebook page, most of his Instagram pictures show his human side, with less focus on political achievements. So there is an abundance of children and common people in the posts. In contrast, Modi’s Facebook page shows rallies, meetings with world leaders and touts his achievements. But of late, with campaigning reaching a fever pitch, the posts have more of the elections.

Congress President Rahul Gandhi’s Instagram page too shows more of him and less of the politician. In fact, Gandhi got on the platform seven months before Narendra Modi, but has fewer followers at 693K. Here too the effort to handpick photos that highlight his persona are clear — more photos of him in jeans, interacting with children and seeking blessings of the elders.

Alva believes Gandhi’s Instagram posts help people see how he thinks and what he is as a human being. “We do not use Instagram as a political platform to attack people or score political points on our opponents,” he adds.

While Gandhi has steered away from political rally posts, a picture of him with an elderly woman has the caption, “Dil ki baat puchte hai, mann ki baat nahi thopte (Asks what’s on their minds, does not impose his own)“. Similarly, another picture of Gandhi where he is seen listening to a man has the caption, “Democracy is built through dialogue. Unlike our honourable PM who thinks he has all the answers, I believe in listening to the voice of the people, and coming up with solutions together.”

Ankit Lal, head of Aam Aadmi Party’s social media, explains the rising popularity and importance of the photo-sharing platform. “People from the age group of 16-25 have shifted from Facebook to Instagram, making it the platform that caters to the first and the second time voters,” he said.

Delhi CM Arvind Kejriwal, West Bengal CM Mamata Banerjee, Odisha CM Naveen Patnaik, along with many others are carefully choosing their Instagram posts that portray them as easy-going, relatable and approachable.

Kejriwal too has an Instagram feed completely different from his other social media accounts. From pictures of eating in a dhabha to his regular interactions with the people of Delhi, his Instagram posts are a far cry from his persona on Facebook and Twitter.

Union Textile Minister Smriti Irani’s Instagram is focussed on her personal life. She does not shy away from showing off her funny and light side by regularly posting memes riding the popular trends. She has clearly marked the difference between her personal and professional life and kept her politics to other social media accounts.

“People have tried to be overtly political on Instagram, but that never worked,” Lal explains, underlining why the priority for political leaders on Instagram is to portray the softer side. “Some leaders, like PM Modi, who choose to put pictures with volunteers and common people try to depict their humane side, while others, like Smriti Irani, who put pictures with their families and friends focus on the personal side,” he says.

Lal reasons that with engagement on Instagram 5-6 times higher than Facebook, political leaders have learnt how to use it wisely. “Instagram is a crucial platform when it comes to engaging with the urban youth,” he says.

While Lal believes Instagram ensures that the personal side of the political leaders, which was never there in the public domain, is being communicated well, Alva is of the opinion that it is not an important medium to shape public opinions, especially in context to the ongoing elections. “Instagram has its importance, but it is not as prominent as Facebook was in 2014. Instagram will not have a big impact on the Lok Sabha elections 2019,” he says.